Home Annual Fund What We Fund Mothership Writers in Bristol 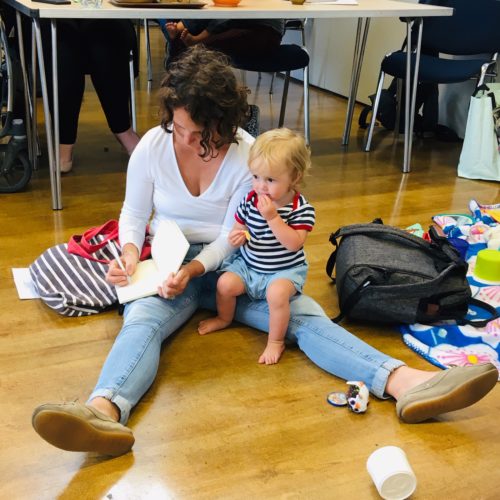 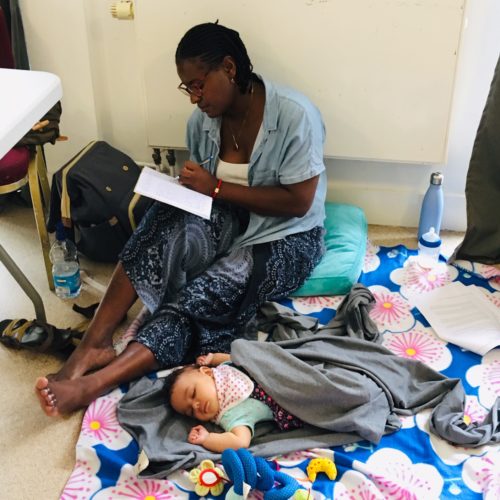 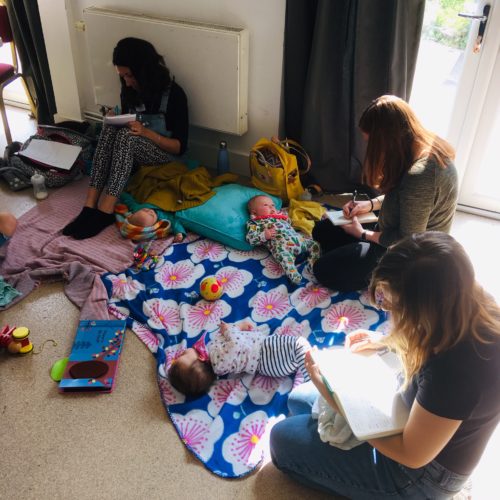 Mothership writers in Bristol provide writing workshops for new mothers who are in their final trimester of pregnancy or have a child under the age of one. The workshops offer an outlet to explore creativity in a welcoming space, which brings together women and their babies. The grant from Literature Works will fund sessions for women from diverse backgrounds.

This is what Emylia Hall, founder of Mothership Writers had to say:

“I’m thrilled that Literature Works are supporting Mothership Writers through the Annual Fund. Their contribution has helped facilitate the addition of a third group to our programme of workshops, with the focus on encouraging diverse participation and engaging mums from under-represented communities. Mothership Writers was launched in Bristol in April, and is supported using public funding through by the National Lottery through Arts Council England; it’s a free year-long programme of creative writing workshops for new mothers, with a philosophy of creativity, community, and well-being. The response to the project has been fantastic, and we have fifty-four Mothership Writers – and their offspring – already onboard, with a further six places made available to mums from under-represented communities.”