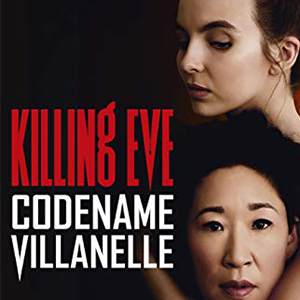 Join us as we welcome author Luke Jennings to Exeter Custom House. He’ll be talking about his smash hit novels, the creation of the ‘criminally good’ assassin Villanelle, exploring the dynamic between Villanelle and Eve and telling us about how his novels became the critically acclaimed BBC series, Killing Eve.

Get your tickets now or you’ll be… ‘sorry baby’.

Copies of Luke’s books will be available for purchase and signing.

Luke Jennings is a London-based author and former journalist who has written for The Observer, Vanity Fair, The New Yorker and Time. He is the author of Blood Knots short-listed for the Samuel Johnson and William Hill prizes, and the Booker Prize-nominated Atlantic, amongst other titles. With his daughter Laura, he wrote the teenage stage-school novels Stars and Stars: Stealing the Show.

Luke’s latest publications are Killing Eve: Codename Villanelle, the basis for the hit TV series starring Jodie Comer and Sandra Oh, and Killing Eve: No Tomorrow, the second book in the trilogy. The third, Killing Eve: Die for Me follows in early 2020. The novels follow the thrilling, obsessive duel between Villanelle, an elite assassin, and Eve Polastri, the MI6 agent tasked with hunting her down.