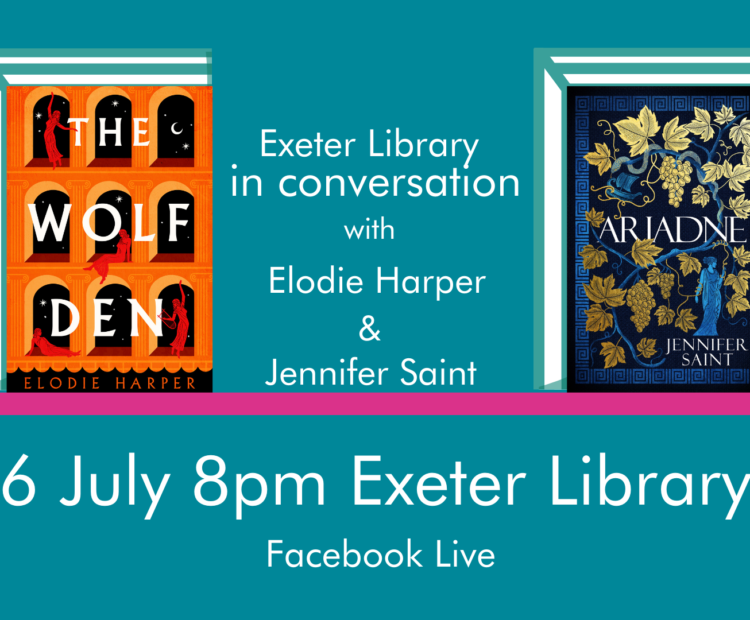 Join us for a double bill #InConversation event with Elodie Harper and Jennifer Saint as they chat about their new books The Wolf Den and Ariadne.

Sold by her mother. Enslaved in Pompeii’s brothel. Determined to survive. Her name is Amara. Welcome to the Wolf Den. Set in Pompeii’s lupanar, The Wolf Den reimagines the lives of women who have long been overlooked.
Elodie Harper is a journalist and prize-winning short story writer. Her story ‘Wild Swimming’ won the 2016 Bazaar of Bad Dreams short story competition, which was judged by Stephen King. She is currently a reporter and presenter at ITV News Anglia.

Ariadne gives a voice to the forgotten women of one of the most famous Greek myths, and speaks to their strength in the face of angry, petulant Gods. Beautifully written and completely immersive, this is an exceptional debut novel.
Due to a lifelong fascination with Ancient Greek mythology, Jennifer
Saint read Classical Studies at King’s College, London. She spent the next thirteen years as an English teacher, sharing a love of literature and creative writing with her students. Ariadne is her first novel and she is working on another retelling of ancient myth for her second.