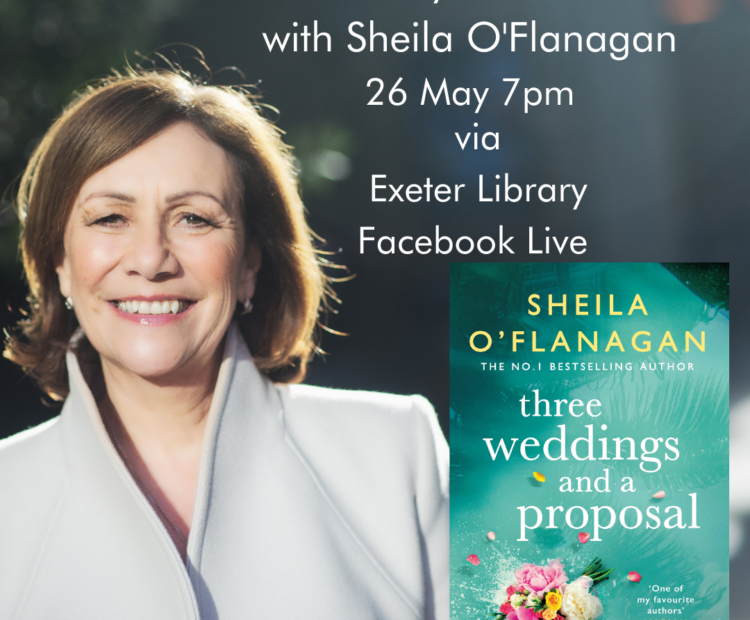 Join us as Exeter Library’s Karen hosts an in-conversation event with Sheila O’Flanagan, author of number one bestsellers The Women Who Ran Away, Her Husband’s Mistake and The Missing Wife.

Delphine has worked hard for her success and she knows she’s got everything she wants. But not everyone agrees. Her opinionated family aren’t convinced that living alone with no plans to ‘settle down’ could possibly make her truly happy, and no one appreciates it when she drops everything, day or night, whenever her boss Conrad calls. Yet Delphine wouldn’t change a thing. And when Conrad makes her a surprise offer, it’s clear that her hard work is going to pay off. A few short days later, Delphine’s life is unrecognisable. The man who once broke her heart has suddenly reappeared, and a shocking tragedy turns her world on its head.

Sheila O’Flanagan is the author of nearly 30 bestselling chart-toppers. After working in banking and finance for a number of years, Sheila’s love for writing blossomed into curating stories.
about relationships in all their many forms.

‘One of my favourite authors’ Marian Keyes