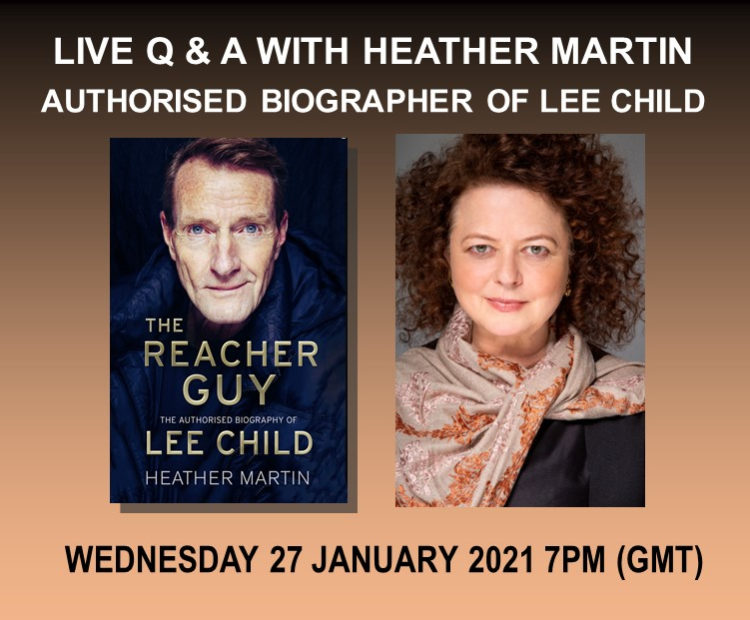 Join our live audience as we chat with Heather Martin, the authorised biographer of the writing legend Lee Child. We can’t wait to hear about his life journey and the adventure she embarked on to write this book. Have your Jack Reacher questions ready!

Heather Martin was born in West Australia and moved to London aged sixteen with the idea of becoming a musician. Four years of guitar-playing and a Venezuelan folk group later, she wound up reading languages at Cambridge instead. This led to lectureships in twentieth-century Spanish and Latin American literature first at Hull, then at King’s College London, and thence to a career in teaching, writing and translating. While researching her biography of Lee Child she was based for a year at the Department of Comparative Literature at the Graduate Center, City University New York.

To watch live from your living room register free by visiting www.iaminprint.co.uk

You will not appear on screen, but can type in your questions to the chat feature.

How To Write Romance Day

WRITING ABOUT LOVE – WHAT DO MEN KNOW?

Halloween Tricks And Treats: How To Write Spooky Fiction