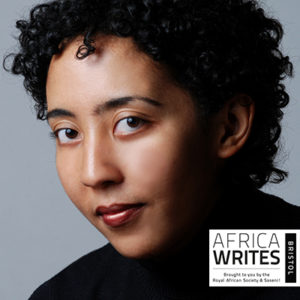 This event is in partnership with Africa Writes – Bristol and the University of Exeter’s World and Postcolonial Cultures Research Group.

Taking its title from the name given by British colonialists in the 1800s to a region near Victoria Falls, The Old Drift is an extraordinary book exploding with energy and featuring a cast of unlikely and highly memorable characters. A sprawling and ambitious family saga that sweeps over the years and the globe subverting expectations along the way, it is a celebration of complexity and a meditation on the passage of time.

Tickets will be available on the door.

*****
Namwali Serpell is a Zambian writer who teaches at the University of California, Berkeley. She received a Rona Jaffe Foundation Writers’ Award for women writers in 2011 and was selected for the Africa 39, a 2014 Hay Festival project to identify the best African writers under 40. Her first published story, ‘Muzungu,’ was selected for The Best American Short Stories 2009 and shortlisted for the 2010 Caine Prize for African writing. She won the 2015 Caine Prize for her story ‘The Sack.’ The Old Drift is her first novel.