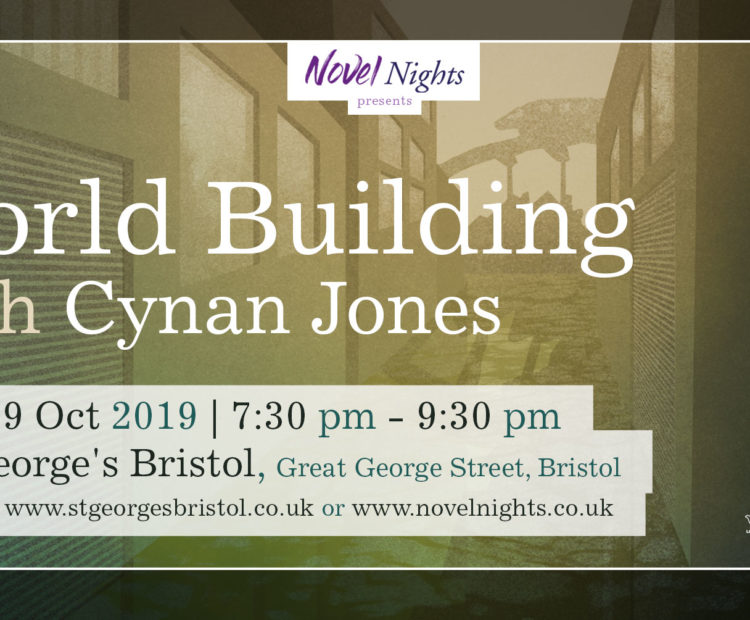 Join us for an evening with award-winning writer Cynan Jones the same week as the publication of his short story collection Stillicide, first heard on BBC Radio 4 and aired weekly from August.

Described by the Independent on Sunday as ‘one of the most talented writers in Britain,’ Cynan will talk about building fictional worlds.

This will be a lively discussion, asking some of the key questions that face all writers. How do ideas form in the first place? And how do you bring them to life when they have?

In Stillicide, water is commodified. The Water Train that serves the city increasingly at risk of sabotage.

As news breaks that construction of a gigantic Ice Dock will displace more people than first thought, protestors take to the streets and the lives of several individuals begin to interlock. A nurse on the brink of an affair. A boy who follows a stray dog out of the city. A woman who lies dying. And her husband, a marksman: a man forged by his past and fearful of the future, who weighs in his hands the possibility of death against the possibility of life.

From one of the most celebrated writers of his generation, Stillicide is a moving story of love and loss and the will to survive, and a powerful glimpse of the tangible future.

Cynan Jones is the author of five short novels, The Long Dry, Everything I Found on the Beach, Bird, Blood, Snow, The Dig, and Cove published in over 20 countries. He has won a Society of Authors Betty Trask Award 2007, a Jerwood Fiction Uncovered Prize 2014, the Wales Book of the Year Fiction Prize 2015 and the BBC National Short Story Award 2017. He has also written scripts for television and stories for radio, and a collection of children’s tales. Other short fiction has been widely published in anthologies and publications including Granta Magazine and The New Yorker. This event is supported by the Arts Council and St George’s Bristol

Includes Q&A and post-event book signing. Three writers are invited to read at this event. Submit your work via novelnights/submissions.

Making a Career as a Writer – Writers’ Night with Joanna Nadin