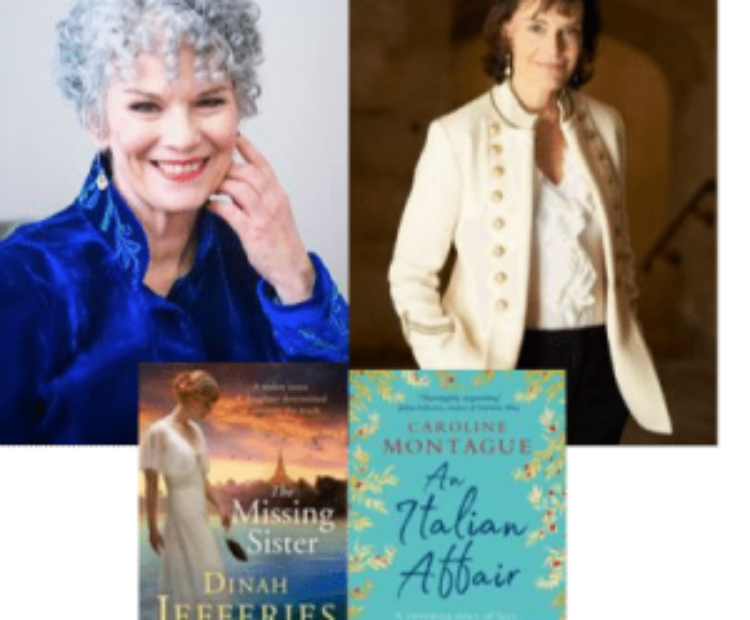 The particular joy of historical novels is the way in which they transport us so effortlessly to other places, and illuminate other eras in the process.

Join us to hear from two fine writers living here in Gloucestershire whose novels do just that, and discover what it takes to write an authentic story set in the past.

Dinah Jefferies is the Sunday Times bestselling author of six novels, the most recent of which is “The Missing Sister”. Set in 1930s Burma it is the captivating story of nightclub singer Belle Hatton who embarks on a glamorous new job in Rangoon. But after the discovery of a 25-year-old newspaper clipping among her late parents’ belongings, she becomes haunted by a mystery from the past, and the unknown fate of her missing sister, Elvira.

Caroline Montague’s debut novel is “An Italian Affair”. Set in Tuscany during the Second World War this sweeping tale of love, betrayal and war is the story of Alessandra Durante who moves from London to her ancestral home in Italy to rebuild her life after she is tragically widowed. But then war breaks out, and Alessandra’s house, the Villa Durante, becomes first a home, and then a shelter to all those who need it.