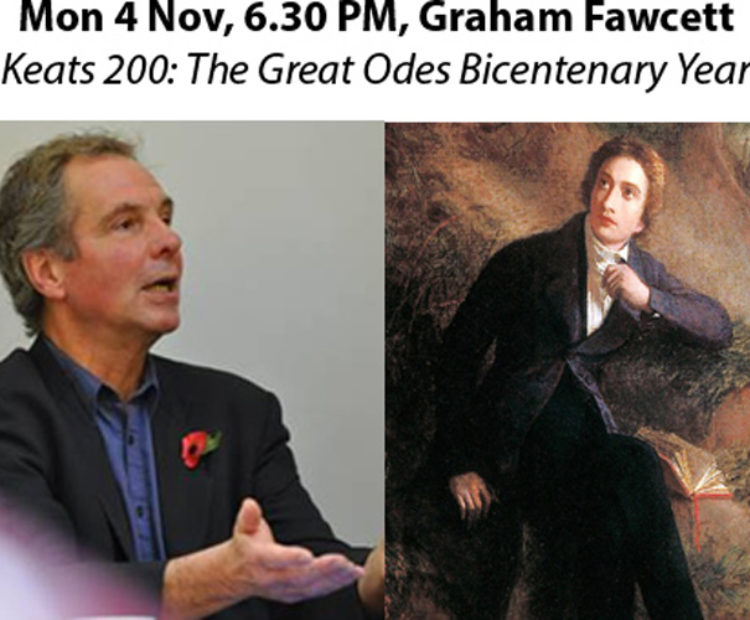 On Keats 200 Night we will again have the pleasure of knowing what it must have been like to open an envelope from probably the greatest letter-writer in English. And what a life-story it is ! What grit, resolve, and passion for language, already palpable, even rampant, from early on in that tremendously challenging childhood.
But then with Keats there is, for us his readers, always delight awaiting us in the future. There were always friends on hand to watch, and listen to, him, and then, themselves, write down day after day what he said and did and thought; so much of it astonishingly recyclable to fit our own lives now, perhaps most inspiringly because in the face of almost never-ending family and physical challenge, John Keats was fearlessly, tirelessly, hungrily creative on the page and in his life.
So at Brendon Books on Keats 200 Night we will meet afresh, yes, maybe in some ways as though for the first time, a young man dead at 25 whose sonnets can stand alongside Shakespeare’s, whose great Odes are superlative and unspeakably exciting, and the sheer beauty of whose lyrical gift has seldom been surpassed by anyone in any language before or since. And why? Here’s one reason for starters: “there was”, said his friend Joseph Severn, who was with him when he died in Rome, “a strong bias of the beautiful side of humanity in every thing he did.”