TLF TALK 100 Things I Meant to Tell You – Arthur Smith 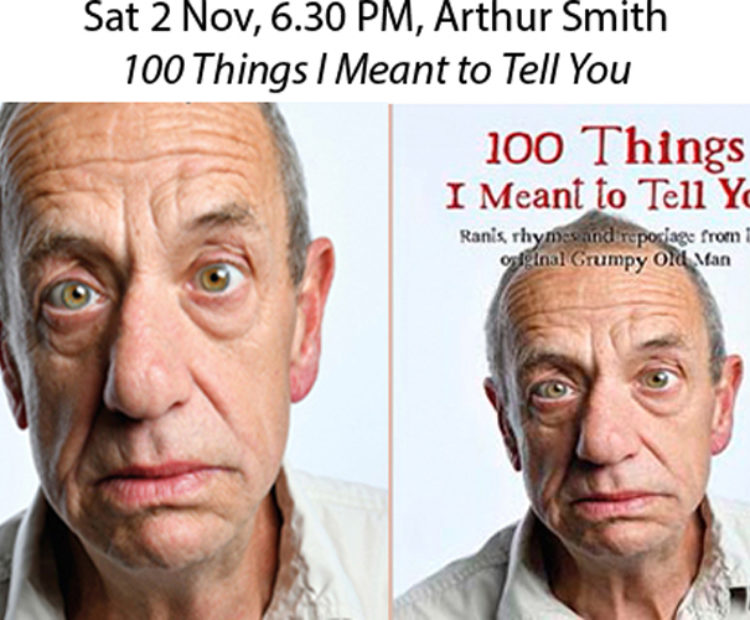 Comedian, compere, playwright, panellist, performer, voiceover artist, singer, poet and writer, Arthur Smith was an instant hit in the popular TV series Grumpy Old Men. He is 40-year veteran of the Edinburgh Fringe Festival, with many of his productions transferring to London’s West End. His plays include An Evening with Gary Lineker, nominated for an Olivier Award and made into a TV film, My Summer with Des and The Live Bed Show, starring Caroline Quentin and Paul Merton. Currently the popular host of Radio 4 Extra’s Comedy Club, he has travelled all over the British Isles and the rest of the world performing and reporting on a range of subjects as diverse as flotsam and jetsam in Holland and goat yoga in Ipswich. His new book 100 Things I Meant to Tell You (AA Publishing) is out 31st October and will be available at the event.