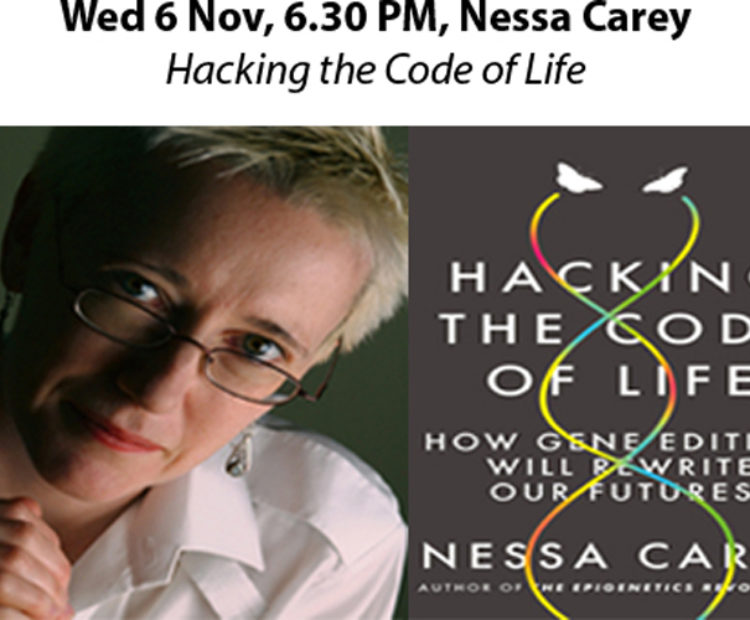 In 2018 the world woke up to gene editing with a storm of controversy over twin girls born in China with genetic changes deliberately introduced by scientists – changes they will pass on to their own offspring.
Genetic modification (GM) has been with us for 45 years now, but the new system known as CRISPR or gene editing can manipulate the genes of almost any organism with a degree of precision, ease and speed that we could only dream of ten years ago.
But is it ethical to change the genetic material of organisms in a way that might be passed on to future generations? If a person is suffering from a lethal genetic disease, is it unethical to deny them this option? Who controls the application of this technology, when it makes ‘biohacking’ – perhaps of one’s own genome – a real possibility? Nessa Carey’s book is a thrilling and timely snapshot of a cutting-edge technology that will radically alter our futures and the way we prevent disease

Nessa Carey worked in the biotech and pharma industry for thirteen years and is a Visiting Professor at Imperial College London. Her previous books for Icon are The Epigenetics Revolution (2011), described by The Guardian as ‘a book that would have had Darwin swooning’, and Junk DNA (2015), ‘a cutting-edge guide to the ever-more mysterious genome’ (New Scientist). ‘A focused snapshot of a brave new world.’ – Nature