TLF TALK IN ASSOCATION WITH EGYPTIAN SOCIETY TAUNTON. Sethy I, King of Egypt: His Life and Afterlife

Home Events TLF TALK IN ASSOCATION WITH EGYPTIAN SOCIETY TAUNTON. Sethy I, King of Egypt: His Life and Afterlife 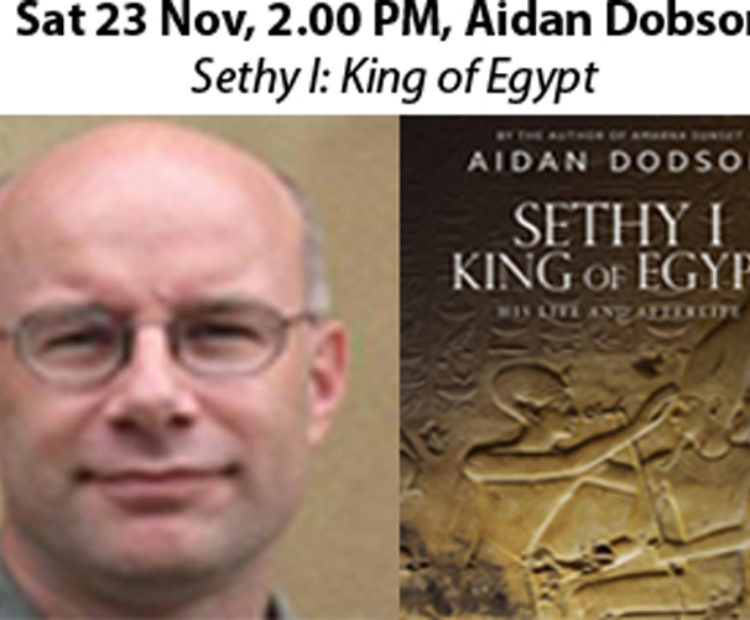 This talk is organised and hosted by the Egyptian Society Taunton as part of the Taunton Literary Festival.
Aidan Dodson, FSA, Hon Prof of Egyptology at the University of Bristol and who regularly appears on TV presents a talk based on his latest book on the life (and afterlife) of King Sethy I. The talk will be followed by a Q & A session and an author signing where the book will be available for purchase.
King Sethy I (also transcribed as Seti, Sethi and Sethos) ruled for around a decade in the early thirteenth century BC. His lifetime coincided with a crucial point in Egyptian history, following the ill-starred religious revolution of Akhenaten, and heralding the last phase of Egypt’s imperial splendor. As the second scion of a wholly new royal family, his reign did much to set the agenda for the coming decades, both at home and abroad. Sethy was also a great builder, apparently with exquisite artistic taste, to judge from the unique quality of the decoration of his celebrated monuments at Abydos and Thebes.

Prof Dodson has taught in the Department of Anthropology & Archaeology at Bristol University since 1996, where he was appointed Professor of Egyptology in August 2018. Over the years he has given invited public lectures in the UK, the USA, Canada, Egypt, Denmark, Italy and Spain, and regularly accompanies tours to Egypt and the Sudan. Having joined the London-based Egypt Exploration Society at the age of 15, he served as its Chairman of Trustees from 2011 to 2016. During the Spring semester of 2013 he was William K. and Marilyn M. Simpson Professor of Egyptology at the American University in Cairo. Prof Dodson regularly appears on TV.