TLF TALK In My Life: A Music Memoir – Alan Johnson 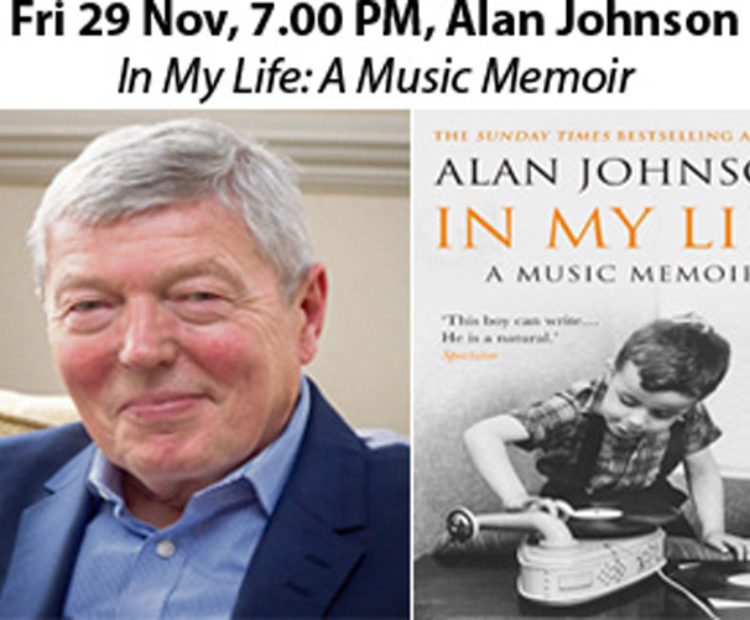 In this memoir, Alan looks back at his pursuit of rock stardom, and his parallel life as a supermarket worker, postman, union official and father of three, through the music that accompanied it – on vinyl, cassette tape or blasting from the stages of the Marquee club in Soho or the Wimbledon Palais; the sounds of Chuck Berry and Lonnie Donegan, of the Yardbirds and Dylan, of Bowie, Elvis Costello and Springsteen . . . not forgetting the Beatles, the band he has worshipped since 1963. But this isn’t just a book about music. In My Life adds a fourth dimension to the story of Alan Johnson the man. There will also be an opportunity to discuss his multi-award-winning three volume autobiography which charts an extraordinary journey from the condemned slums of Southam Street in West London to the corridors of power in Westminster.