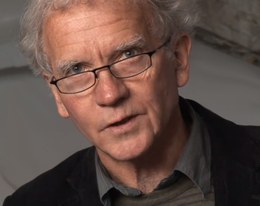 In a day of interlinked short-story events, the UK’s leading short story organisation, the Word Factory   will show you how to make maximum impact with your fiction, share fun and insight at our short story club and explore new literary worlds at an evening salon with some of the UK’s finest writers.
___
VS Pritchett said that a short story is ‘something glimpsed from the corner of the eye’ but what does that mean – what really defines a short story and how can we write better in a form that demands precision and strong narrative?

More importantly, how can we relate that to the world we live in now? We are delighted to explore these questions in an exclusive masterclass with Frank O’Connor International short story award winner David Constantine. The author of four collections of short stories, whose short story ” In Another Country” was adapted into the award-winning film 45 Years, starring Tom Courtenay and Charlotte Rampling, and a renowned poet and translator, David will discuss the art of short story writing with reference to his own writing life and inspiration he has drawn from the works of DH Lawrence and others.

This masterclass is for you if you are already writing short stories as well as for those practised in other forms of writing but keen to explore the short story form. The class will involve discussion and careful examination of a few texts which will be provided in advance with the aim of encouraging reflection and insight. David will not be setting exercises but will be encouraging you to discuss concerns and ideas in your own work with him and other writers in the class.

David Constantine was born in Salford in 1944 and worked for thirty years as a university teacher of German language and literature. He has published several volumes  of poetry, and a novel (The Life-Writer) as well as four short story collections;  the highly acclaimed Under the Dam (2005), The Shieling (2009), which was  shortlisted for the 2010 Frank O’Connor International Short Story Award, Tea at the Midland (2012) and The Dressing Up Box (forthcoming 2019), which won the Frank O’Connor International Short Story Award in 2013 and of which the title story won the BBC National Short Story Award 2010. He lives in Oxford where, for ten years, he edited Modern Poetry in Translation.