Exeter announced as a UNESCO City of Literature

Home News Exeter announced as a UNESCO City of Literature 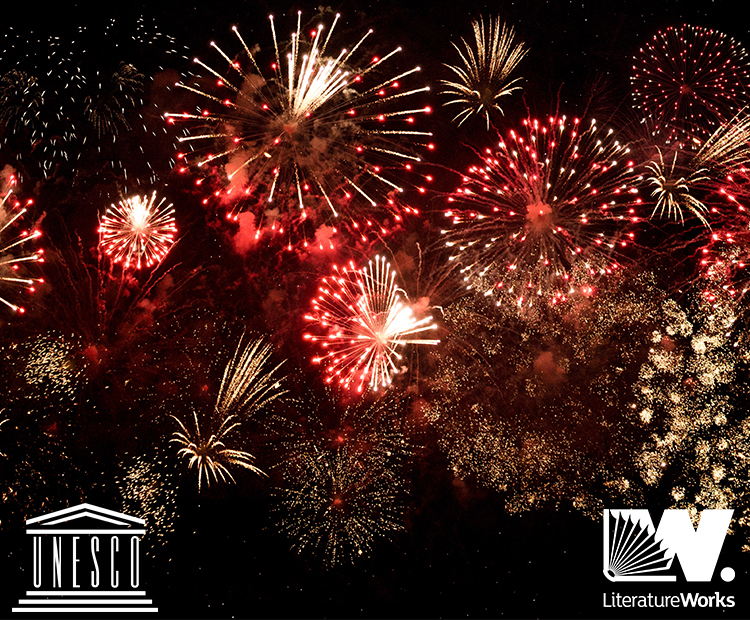 Creative words are our world here at Literature Works. We think a lot about how to open up access to this world as widely as possible, so it was our absolute pleasure to win the contract as bid writer for Exeter’s ambition to become a UNESCO City of Literature.

We set about consulting throughout the city and beyond, determined that Exeter’s bid would be rooted from the outset in our belief that words and stories are for everybody, from every walk of life.

On the 31st October, UNESCO announced 66 new cities around the world as new members of the UNESCO Creative Cities Network. We were thrilled that Exeter was amongst them, welcomed as a new UNESCO City of Literature. Exeter was the only UK city of the 66 announced in this round and joins four existing UNESCO Cities of Literature in the UK: Edinburgh, Manchester, Nottingham and Norwich. This is thrilling news for the city, its surrounding area and – foremost – its people.

Our bid for Exeter centred on 1,000 years of unbroken history around reading, recognising the Exeter Book at Exeter Cathedral as a symbol of what reading and writing means to residents in Exeter. The Exeter Book is a UNESCO World Artefact and the largest known collection of Old English literature still in existence. It combines moving elegies exploring timeless, universal themes with knowing and sometimes cheeky riddles about everyday concerns that very much still exist.

We were delighted to have Exeter’s bid endorsed by Sir Michael and Lady Clare Morpurgo. Clare’s father, the publisher Allen Lane, first had the idea of the Penguin paperback while browsing the bookstall at Exeter St David’s Station. There, he started a paperback revolution in book publishing and a plaque on Platform One, above where the bookstall used to be, marks the place where Penguin Books began.

Membership of the UNESCO Creative Cities network will strengthen Exeter’s international connections and place it firmly on the world map of creative places. Literature Works is partnering already with Exeter Canal and Quay Trust on the development of Exeter Custom House as an international hub for literature and a resource for local people. The UNESCO badge reinforces this by placing creativity at the heart of urban development on behalf of the city’s people.

Exeter’s successful bid to become a UNESCO City of Literature was prepared by Literature Works and submitted to UNESCO by Exeter City Council on behalf of a steering group that includes Devon County Council, Exeter Canal and Quay Trust, Exeter Cathedral, Exeter College, Exeter Culture, Libraries Unlimited, Literature Works and the University of Exeter. Exciting times for Exeter, for Devon and for literature! Watch this space for further developments.