Adam Nevill: Some Will Not Sleep

Home Features Adam Nevill: Some Will Not Sleep 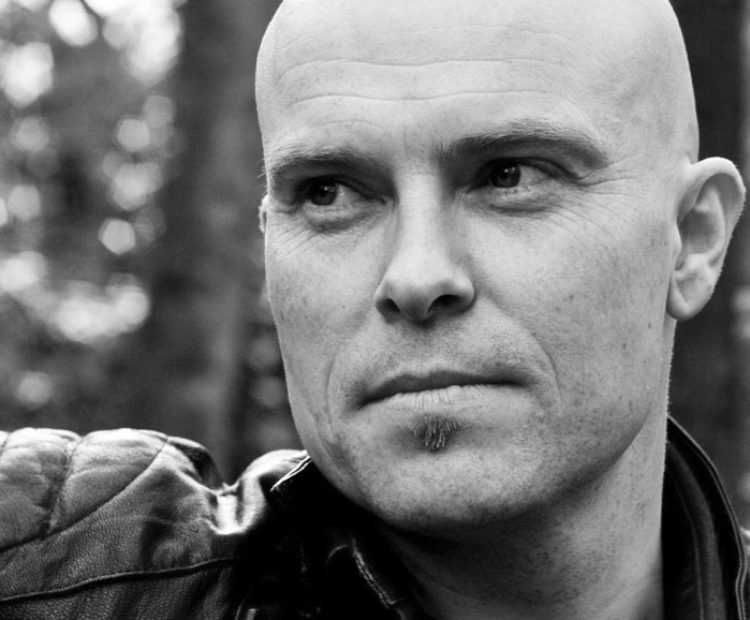 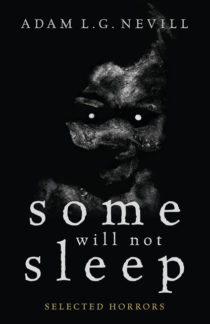 Devon-based Adam L.G. Nevill is one of the most acclaimed contemporary horror writers in the world. With six of his novels currently being adapted for screen and a fantastic new collection of short stories just out, we caught up with Adam for a bit of a chat.

Adam L.G. Nevill was born in Birmingham, England, in 1969 and grew up in England and New Zealand. He is the author of the horror novels: Banquet for the Damned, Apartment 16, The Ritual, Last Days, House of Small Shadows, No One Gets Out Alive, Lost Girl, and Under a Watchful Eye. His first short story collection, Some Will Not Sleep: Selected Horrors, was published on Halloween, 2016.

His novels, The Ritual, Last Days and No One Gets Out Alive were the winners of The August Derleth Award for Best Horror Novel. The Ritual and Last Days were also awarded Best in Category: Horror, by R.U.S.A. Six of his novels are currently in development for film and television.

Adam also offers two free books to readers of horror: Cries from the Crypt, downloadable from his website, and Before You Sleep available from major online retailers.

LW: Some Will Not Sleep: Selected Horrors is out now – what can readers expect?

AN: My own selection of my earlier horror stories that still ring my bell in 2016. Eleven stories (and an essay on their origins), that were all written between the mid-nineties until around 2011. I’d say they were all written with the time-honoured spirit of the horror and weird tale in mind: to frighten, disturb, or create unease in the reader. All but one features some form of monstrous entity, but these are creatures that deviate in some way from traditional spectres. The stories were written to entertain readers, to transport myself through my imagination, and also to examine situations, circumstances, and even people that I came across in my life. They intentionally warp and make the world grotesque. The origins for my novel The Ritual and forthcoming novel, Under a Watchful Eye are in there too.

LW: Short fiction has a very strong place in the history of horror fiction – what inspires you about the shorter format, and can you talk a bit about your own short fiction inspirations?

AN: The short story is the main foundation of horror; it did the most work to establish the field, and maybe the horror short story set out the aesthetic aims of all horror that followed in all mediums. My Dad read many classic short horror stories to me when I was a boy, mainly by M R James, and that set me on my current path. Back then, they terrified but captivated me, and I began reading his horror collections as I grew older. I think I am always seeking that early effect from horror in the horror films I watch and in the horror fiction I read. All of my own work stems from that early period of exposure to the classics. Imaginatively, I never escaped.

There is an intensity and an awe conjured by the best horror short stories, and there are short stories that affect you at different ages too. Ligotti, Harrison and Aickman, for instance, were the most affecting and powerful short story writers of my thirties. I’d say Lovecraft was the writer in my late teens. Collectively, because I’ve read so many short stories from different periods, and at different ages, they have all left specific influences behind that have informed my own fiction. The short story constantly introduces me to new ways of approaching horror, and it inspires me, even though I have always been more interested in writing novels. But what I have endeavoured to do with each longer work is create and maintain the same effects of the short story, within set-pieces and with that lingering resonance that a shorter story can create in a reader.

I also use the short story to experiment with voice. That’s why I tend to write them in the first person. As well as to create a greater intimacy more quickly with the reader – the first person doesn’t drag in a short story, but can limit and even spoil a novel.

I’m not often ambitious with lengths of time, with cast sizes, with scope, location, as I am with my novels. I tend to focus on one location and one or two characters, in a specific situation. This will inevitably grow into something larger, but, in part, I think I do see the short story as preparation for my novels. They worry at and work at similar ideas and characters and images.

LW: Some Will Not Sleep is published through Ritual Limited – which is your new publishing and bespoke merchandise outlet. This is an exciting development – can you say a bit about Ritual Ltd, how it came about, and your future plans for it?

AN: Ritual Limited is something that I’ve been wanting to try for a few years now, but never had time to create until 2016. It’s a new strand in my publishing that canters beside the novels. Through Ritual I can publish exactly what I want to in my own way, and I love the independence that the imprint offers me. The company has also enabled me to take full advantage of what indie publishing and the digital era have pioneered – software, apps, new marketing techniques.

It’s purpose is an imprint for free eBooks that I want to give away to my regular, loyal readers, and also to those interested in horror that I hope will become new readers. This year I have created two free books through Ritual, one accessed through my website (Cries from the Crypt), the second book (Before You Sleep) can be downloaded through online retailers. But the imprint will also be an imprint for my own collections of short fiction, in multiple formats (Some Will Not Sleep has been published in eBook, paperback, and in a handsome limited edition hardback), and maybe novellas too in the future. The second collection of Selected Horrors should follow in 2018.

And it has been a huge undertaking. I’ve taken various training courses in order to publish as well and as professionally as I can, so I have really committed myself, my time and my own money, to the company. Everything is my responsibility from the writing to the production to the publication and post publication process.

Books are a long game, and a game that is getting longer as more books are published and brought back into print. The bigger picture is also changing at an incalculable rate for writers, so Ritual also offers me a bit of insurance and control that I’ve never had before. All of the infrastructure is there for me now as an author/publisher.

LW: The Ritual Limited logo – seen on your great new t-shirts – is pretty amazing. How did the design come about?

AN: I can also have a bit of fun with Ritual Limited, and the ‘black metal tee’ is evidence of that. I’ve always dreamed of having my own indie record label, one that is underground and cultish, and offering niche and artisan products aimed at real enthusiasts; stuff that you can’t get anywhere else. And that is one of the brand values of Ritual Limited.

The shirt features the company logo and that was designed by a company that specialises in the album and merchandise design for extreme heavy metal bands. It was just so right for Ritual. Mr Trece, the cover artist for Some Will Not Sleep, is also a musician and producer of extreme music. I had no idea until I’d approached him about his portfolio, but there has been a synchronicity and harmony developing around the whole concept from day one. I’ve used the very same shirt specs and style as the merchandise of touring bands – it had to be exactly the same for me. So Ritual is going to be about other limited edition and off-mainstream-radar products too.

LW: Your new novel Under A Watchful Eye is out in only a matter of months – what can you tell us about it?

AN: It was a curious back to roots endeavour. I found myself so flat after writing Lost Girl and No One Gets Out Alive. It was strange kind of exhaustion and I also wondered if I could make a horror novel matter as much to me again. It was a crisis I had never anticipated. So, I went further back to my M.R Jamesian roots for the next book, and after about six months I found that I liked Under A Watchful Eye as much as any of the others that I’ve written; it mattered to me in the same way, and writing it was just as intense … fortunately.

It’s a story of psychic terror, and a work about horror in fiction and the imagination. It’s a thriller about being pursued, and about rivalry, about being unable to shake off an unfortunate relationship from your own past. It’s also a novel about astral projection – for research, I read around 700 case studies of people who believe they have extended their consciousness beyond the physical body. Fascinating subject.

LW: Once the novel is out – more touring and conventions – but what else is on the burner?

AN: This year has been crazy, with producing Ritual Limited’s three books and taking a new approach to publishing, as well as finishing and going through the editorial processes for Under A Watchful Eye. I was also Guest of Honour at Fantasycon and the first Dublin Ghost Story Festival, as well as being a guest author at a huge fancon (Scifi Weekender 7). Six of my novels are also currently in some form of development with TV and film production companies; though this is very exciting it has also involved a whole raft of meetings and quite a bit of travel.

So what I really need to do now, is resume work on my next novel. It’s going to be an ambitious undertaking too, tapping into new territory for me, as well as being a much deeper investigation into the South West of the UK. I expect to be at work on this book throughout all of next year. At some point too, I will begin preparations for the next collection of Selected Horrors.

More information about Adam and his books is available at: www.adamlgnevill.com