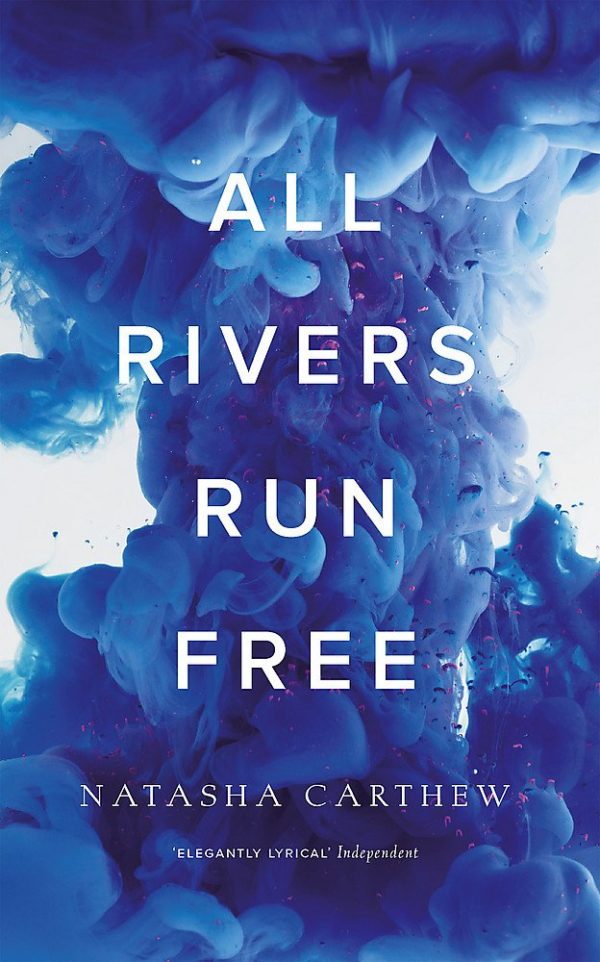 Here at Literature Works, we’re huge fans of voices which celebrate our region in all its glory – whether that’s in a description of a breath-taking landscape or in conveying the complexities of rural living. All Rivers Run Free, the just published adult fiction debut by Natasha Carthew does both and to highly moving effect.

We’ve followed Carthew’s writing career both as a poet and Young Adult writer and were excited to receive an advance review copy of the novel. A fierce and emotive novel, we think All Rivers Run Free showcases the very best of the writer’s literary talent. There is an urgent lyricism here rendered in an unmistakably clear and rallying voice which is coupled with her recognisable celebration of the Cornish dialect, which makes this a joy to read.

I have to admit, I have not been so captivated by a novel in a long while. When I began reading it, never did I imagine that it would take me just a day’s commute to read it and I don’t remember being so bereft that a novel was over. It took me a while to process exactly why I felt so moved.
There is such power in the writing here which uses its form to present a complex story concerning issues of mental health, identity and what it means to be a woman. The images are so powerful, the resplendence of shipwrecked oranges has forever changed my view of the fruit and its importance for example. There are also images here that are not always pleasant or triumphant and which have a depth and power precisely for this reason – these are the images which build a story of overcoming adversity and transformation.

Although I cannot lay claim to the experiences of Ia and the waif-like Geeva, whom she rescues, the novel portrayed a highly resonant Cornwall which, whilst set in the near-future, was not too difficult to imagine. I hail from Cornwall myself and whilst I am fortunate enough to live in the Cornwall which is the idyll of many, I have known enough winters there to appreciate that those summer havens and their beauty can quickly become unforgiving and treacherous. I think this is what makes the narrative so utterly compelling. Here is a Cornwall where the land is ravaged, isolation is the order of the day and one woman’s voice has become lost to the elements and in the raging of all those around her.

Ia hides herself away, ashamed of her own existence and it is Carthew’s masterful prose which spotlights the importance of her life, her story and all those like her. Ia may not wish to be seen, but in rescuing Geeva from the siren-call of the sea, she releases her own Siren-call. I am here, she says.

So begins a journey along the well-known Tamar that will reveal far more than just a physical destination. The past, present and future combine to force Ia to become active in her own life and Geeva’s unfortgettable presence makes her accountable and at the same time, accounted for… but is all as it seems?

An utterly arresting novel, All Rivers Run Free is a startling piece of literary fiction and is thoroughly recommended.

Published 19th April by riverrun, an imprint of Quercus.