Anatomy of a Scandal

Home Features Anatomy of a Scandal 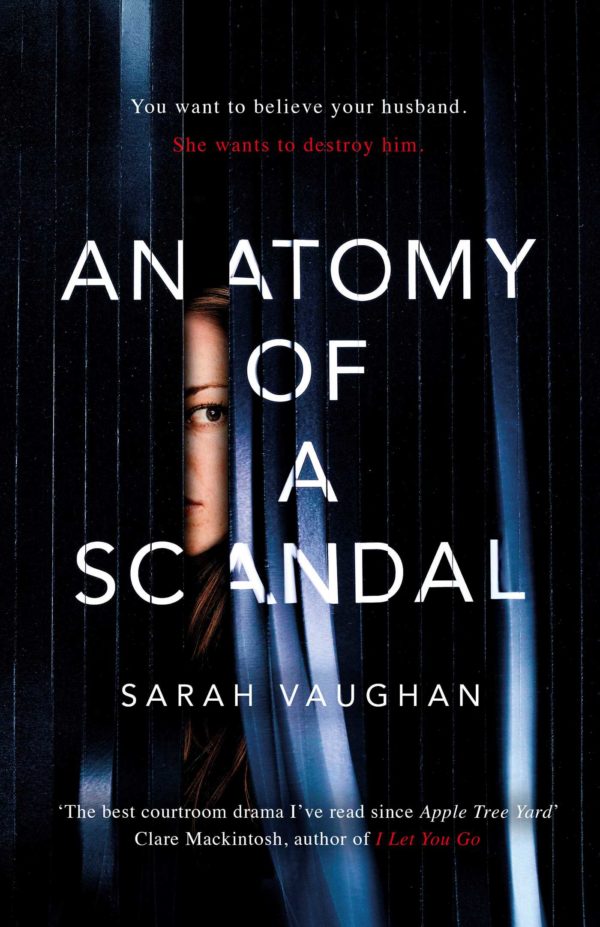 We're delighted to share our review of Anatomy of a Scandal by Sarah Vaughan with you after having read an advance-review copy last year courtesy of Netgalley.

Last year, we reviewed Sarah Vaughan’s The Farm at the Edge of the World and utterly loved her evocation of character and place and so, when we were offered the chance to read an advance-review-copy of her brand new novel Anatomy of a Scandal, we’re pretty sure we were first in the queue.

It’s been said before that here on the Literature Works review team, we’re big fans of crime fiction and recently, we’ve been seeing an exciting shift in focus within the genre. Whilst police-procedurals still reign supreme, there’s been a refreshing move towards what we’ll term the psychological procedural of which we think Anatomy of a Scandal is a shining example.

In this new procedural then, there is a move away from the dysfunctional or (highly functional) detective figure and more focus on the grit at the heart of the novel’s central issues. With this new novel Vaughan has chosen a refreshing, insightful and startlingly topical approach to the plot – the political scandal and its repercussions for those involved.

In brief, so as not to spoil the plot, the novel tells the story of James, a rising star in parliament. He has everything: the illustrious career, the perfect family, the adoring wife and the secret mistress, but then, just as his career is about to reach new heights, Olivia, James’ mistress makes an accusation that throws everything into doubt.

Telling the story from the perspectives of James’ wife Sophie, Olivia his mistress and Kate, the barrister for the prosecution and through these multiple perspectives an intriguing court room drama is played out with plenty of twists and turns. Appearances and facades are explored and peeled back until true natures are exposed and a thrilling, page turning conclusion is reached.

A novel which uses time to thrilling effect, we see the characters in their youth – Oxford students with bright futures – become complicated adults who have learned to hide their true natures to the benefit and as the story unfolds, also to the detriment of their personal and professional lives.
As I was reading, I got more and more drawn into the story and, as the truth crept out into the cold light of the courtroom, I found myself as rocked by the extent of the secrets woven into these characters’ lives as much as they find themselves so in the novel.

In true high-octane legal drama style, I found myself flip-flopping from prosecution to defence and back again as the arguments were set forth until at last the truth was rendered and the novel reached a conclusion which will stay with me for a long time.

Incredible writing in an entirely new style which has me desperate to read Vaughan’s next work.

Anatomy of a Scandal is available now, published by Simon and Schuster.