Blog: My time on the Kickstart scheme at Literature Works by Isabel Flynn

Home Features Blog: My time on the Kickstart scheme at Literature Works by Isabel Flynn 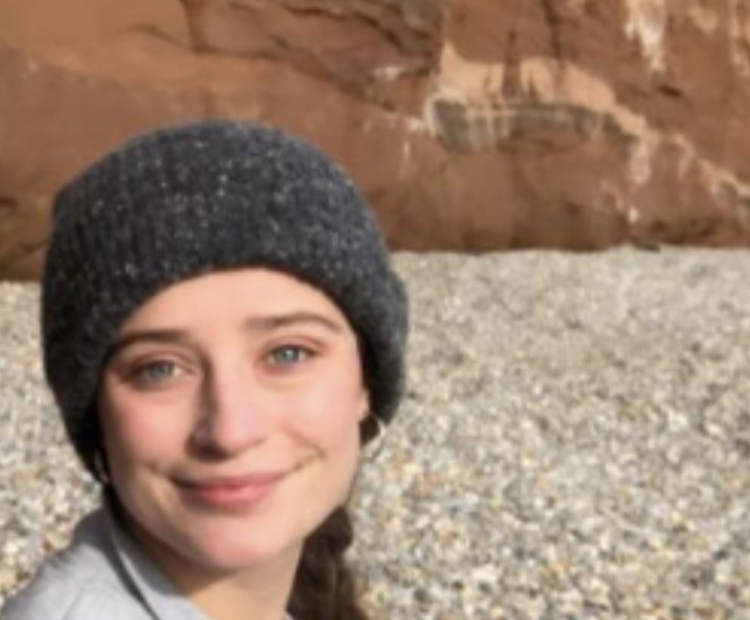 In November 2021, we welcomed Isabel Flynn to our team in a 6-month Kickstart role as Communications and Events Assistant. Earlier this month, we were sad to wave goodbye to Isabel at the end of her term, but delighted that she was moving on to a new role at the Business and IP Centre Devon at Libraries Unlimited. Here, Isabel reflects on her time with Literature Works.

Isabel writes:
I graduated what seems like a million years ago in the pre-pandemic bliss of summer 2019. At first, I was riding a high that felt like it would never end. In the first six months after graduation, I had performed at the Exeter Fringe, published an article for the Guardian, and had started at the Theatre Royal Plymouth’s ‘Lab Company’ talent development scheme. I wasn’t sure where my career path was taking me, but I knew I wanted to work in the Creative Industries, and that on paper my professional development seemed to be headed in a very positive direction.

Then March 2020 hit – and it hit pretty hard. With the combination of schools and theatres closing, I lost my part time job as a teaching assistant and my training scheme within the period of a week. Due to the fact I worked for an agency on a zero-hours contract, I wasn’t covered by any Furlough or self-employment schemes, so found myself on Universal Credit.

For around a year, I worked a variety of casual jobs, from Amazon to Domino’s Pizza and as a care and support worker, until I heard about the Kickstart scheme. When I saw that Literature Works were advertising for a Communications and Events Assistant, I knew it was the role for me. My love of stories and language was the driving force behind my choice to study Drama at University, and this role seemed to amalgamate all my passions. I applied, and started my first day within a matter of weeks!

I hit the ground running as soon as the role began, diving straight into the Literature Works Business Plan on my first day to gain a greater view of how an NPO organisation is run. Then, I was straight into assisting with planning social media content and developing marketing campaigns for events in the new year. I also began to learn the ropes of programming and running live literature events. I was able to support the team with the delivery of the Quay Words Autumn ‘Heritage’ season at Exeter Custom House, featuring Writer-in-Residence Louisa Adjoa-Parker. My first weeks were packed with new learning.

Literature Works implemented a clear structure of learning opportunities, which allowed me to have real responsibility over my own projects. Some of my favourite experiences have been:

– Working with Exeter College Student’s on a young people’s consultation workshop to scope out their ideal live literature centre.

– Supporting set up of Quay Words events, in particular Ellen Wiles Immersive Sound Event, which told the story of the River’s Exe’s local Beaver ecology – narrated from the perspective of a mother beaver.

Although the Kickstart scheme may not have reached as many young people as intended, I was one of 100,000 young people on the scheme and for me it has been life changing. It has given me a foot in the door to the Creative Industries. The transferable skills I have developed over the last six months put me in an excellent position when applying for full time roles. I am about to start working for Libraries Unlimited as a Marketing Assistant, supporting their Business and Intellectual Property Centre based at Exeter Library! I never would have been able to get this role without the newfound skills, experience and confidence that Literature Works has instilled in me. Thank you to everyone at Literature Works, and to the wonderful community of writers and readers that I have been privileged to work for, over the last six months.