Entry Island by Peter May 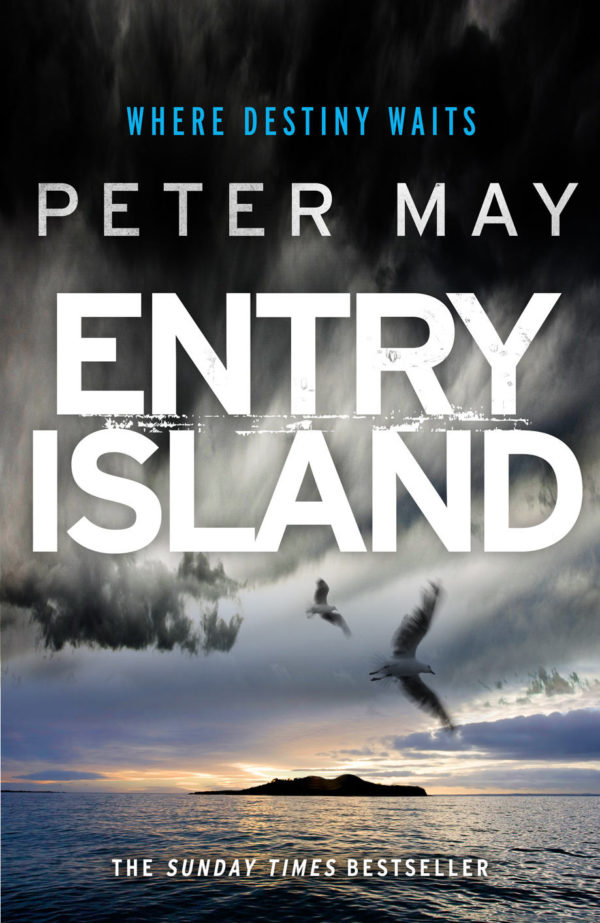 He crouches down to touch the earth, and in doing so feels a direct connection with history, communicating with ghosts, a ghost himself haunting his own past. And yet not his past.

Peter May’s Lewis Trilogy has been tremendously successful, with sales for the series topping the million copies mark. ShadePoint reviewed the first in the sequence, The Black House, back in May 2012 and was greatly impressed by the emotional weight of that story – the way that police procedural formed one layer of the story, and the tortured life and history of the investigator another, even deeper one. This led to ShadePoint musing on the tonal similarity between the book, set in the Outer Hebrides, and those set in Scandinavia by some of our favourite writers. May’s writing seemed to have that appeal a writer like Mankell has, where the human experiences forming the story are not neglected, but are often the element that sustains, long after the book is finished. This is always something that can set crime novelists apart from each other and a skill that Scandinavian crime fiction seems at times to have hardwired in.

In May’s brilliant new book, Entry Island, Detective Sime Mackenzie flies out from Montreal’s St Hubert airfield as part of an investigative team to Entry Island in the Magdalen Islands of the Gulf of St Lawrence. Two kilometres wide and three long, the island is home to only 130 people. Well, 129: Mackenzie and his team are off to investigate the murder of the island’s wealthiest inhabitants. As Sime voyages out to the small island, uncertain about the task ahead, haunted by the life he leaves behind, ShadePoint couldn’t help thinking of Stellan Skarsgård’s unforgettable trip to the Arctic Circle in ‘Insomnia’, and the fact that May gives Sime chronic insomnia as a defining response to life events, was also deeply reminiscent of that film’s appeal. The weightless, distorted sense of drifting out to the unknown, uncertain in one’s companions (one of whom as it turns out, Sime knows very well) and the hallucinatory, exhausted quality of this journey, the symbolic sense of passing over into a different consciousness, is very well and succinctly handled by May, and makes a thrilling opening to the story. As if to intensify this sensibility, Sime and the team must then take a ferry, Styx-like, to reach their final destination:

“The island drew Sime’s focus and held it there, almost trancelike, as the sun sent its reflection careening towards him, creating what was almost a halo effect around the island itself. There was something magical about it. Almost mystical.”

Fans of The Lewis Trilogy need not despair that May has left behind the Outer Hebrides, such a compelling setting for that superb series. We learn quickly that Sime has Gaelic roots, and when he meets the murder suspect for the first time, Kirsty Cowell, he is at once thrillingly struck with a sense of having met her before – this, without giving too much away, will lead to a fascinating dual narrative: the solution of the crime, and the telling of Sime’s family history, and a defining passage of time told through the diaries of an ancestor. Therefore, Lewis features heavily in Entry Island, a dark echo of clearances and exile, the dreadful events leading the Gàidhealtachd out to these remote places of Canada. As the parallel narrative builds, the stories begin to be carded steadily together until they seek in many ways the same solution.

May’s depiction of the tiny island itself, from the villagers who turn out at the pier to meet the ferry, to the wild and desolate cliff-tops where a world of otherness seems to prevail, is superbly handled and May’s blending of the island setting, with the mystical elements of Sime’s falling into the past, is reminiscent very much of the work of Johan Theorin, in particular Echoes of the Dead. So much so, that if this was not so defiantly and admirably a standalone work, one can easily imagine May being able to create a new series of novels in these haunting islands, not necessarily featuring Sime, but existing in the same universe. Not as chillingly “other” as some of Theorin’s work, Entry Island is more clearly based in the real world – but the interplay of past and present and the inexplicable echoes and coincidences of destiny, is still very like Theorin’s style. Like Theorin, what may seem casually to be coincidences in Entry Island, may well be nothing of the kind. There is a strong sense with both these exciting writers that this depth of storytelling comes in part from a deep fascination and identification with ancestry and heritage, and by extension the narrative of folk tale and superstition. In May’s case, the accounts of the Clearances and subsequent exile of the people of Sime’s Lewis origins are terribly moving, and reveal a very great deal about this experience that was certainly unknown here at the Point.

Emphasis on this mysteriousness and historical storytelling is not at all to suggest May neglects the thrust of the procedural investigation. Not a bit. This side of the narrative zips past with false trails, mysterious intruders and attacks, forensic and interrogative incident – not to mention the geography of the story shifting continuously as investigators island-hop in search of suspects and clues. There is a constant sense of threat throughout, and within the fragile dynamic that is the investigative team there is a great deal of tension – which in one scene, without hopefully giving any spoilers away, erupts with considerable force and bloodshed. It is an exciting detection tale deftly told, and works extremely well as counterpoint to the arguably much deeper and more complex story of Sime’s own life, and by extension, his connection to times, emotions, loves long before his own birth. Where the two narratives cross over, what may seem unlikely or surprising to some readers, may in fact spring from a totally different understanding.

Overall, Entry Island is highly recommended. Fans of the Lewis Trilogy will be enthralled, and new fans will surely be found – Sime’s journey and Gaelic heritage acting as a kind of bridge to a completely standalone world from the Trilogy, but one that will be by no means unfamiliar. Sime shares certain characteristics with Fin Macleod, and both are equally compelling characters. Entry Island succeeds in one of the most difficult writing challenges for any writer – maintaining parallel past and present stories without diminishing one at the expense of the other – and has a filmic, vivid quality to it that will endure.