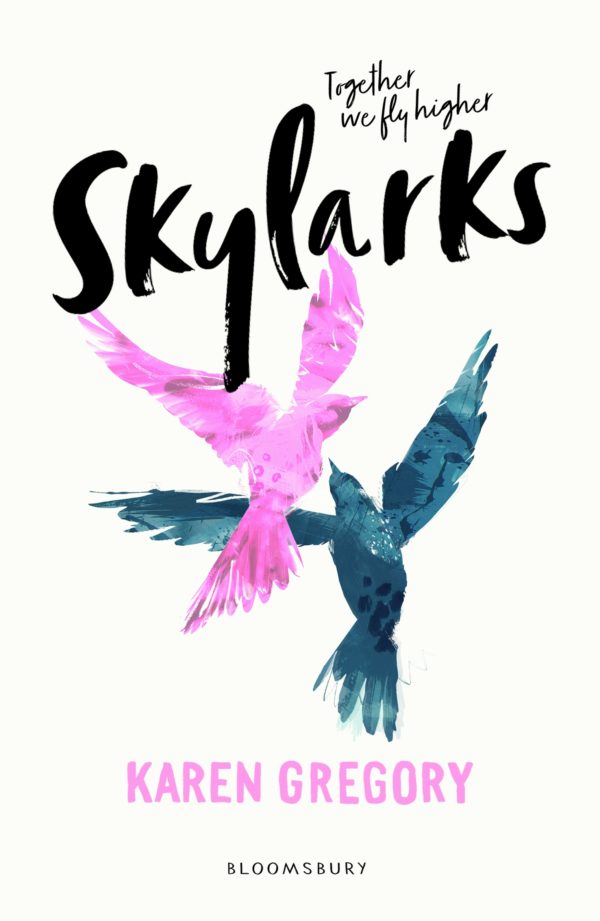 Here at Literature Works, we love supporting work by writers based in our region. We particularly love work which celebrates the diverse stories we have to tell. We review Wiltshire based Karen Gregory's latest novel, Skylarks and catch up with her about writing in the South West.

Here at Literature Works, we’ve been thinking a lot about working class voices in writing. Whether that’s the ways in which a writer’s background impacts on their work as with Common People, the anthology we’re supporting, or their choice of working class characters or themes.

In the current social climate, we champion literature which celebrates the diverse range of stories that people today have to tell. We were particularly pleased to discover that in her second young adult novel, Karen Gregory once again demonstrated a commendable willingness to tackle very really social issues head on for her readership.

Skylarks is for me a two-fold love story. There is a refreshing and heartening love story between the protagonists Joni and Annabel but additionally, there is the sense that this novel is something of a love letter to the working class.

This is a novel about growing up, waking up and realising your own power in the world. At a time when we are encouraged to find our own voices and use them to enact positive change in the world, Skylarks presents a family who struggle to survive, who by a cruel set of circumstances are consistently down trodden and yet, in each other they find hope.

Facing a hostile takeover of their council estate and home, Joni’s family can’t seem to find a way out of the situation. Joni is working all hours to support her family and this is often at the cost of her social life and school work. But, when you’re worried about where you’ll live come the end of the month something’s got to give.

Cue, Annabel, the polar opposite of Joni and someone who waltzes into her life at just the right moment and just the wrong one. Annabel is popular, beautiful and rich. She couldn’t possibly understand what Joni is going through… could she? As the pair get to know each other, getting closer Joni both girls – who have been dealing with life alone for too long – realise that there are more ways to hurt than they first thought.

Together they help each other find the courage to find their voices. For Annabel this means speaking about how she really feels, for Joni it’s about making things happen under her own steam. The voices here are vivid, vibrant and stay with you for a long time after the final page of the novel. Their message is clear, be who you are, fight for what you believe in and set yourself free… free as a Skylark… 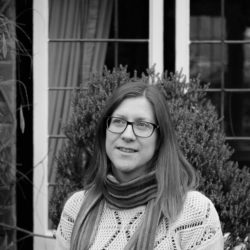 We caught up with Karen to talk about writing for young adults and why she thinks it's important to explore a wide range of issues within the market.

1. What first attracted you to the Young Adult market?

Originally, the first novel I tried to write (aside from an animal adventure story when I was 12!) was a dystopia which had a YA protagonist, but I don’t think I was consciously trying to write YA. Back then, I read a lot but didn’t know much about writing or the industry, so I slowly educated myself using books, online articles and writing forums and realised YA was my home.

I think YA and especially UKYA is such an exciting category, with an abundance of talented authors and engaged readers – so pretty much a dream! I think I’m drawn to YA protagonists because that’s the time in your life when you’re experiencing so many firsts and attempting to figure out the big questions. I never want to lose that sense of urgency when it comes to things like politics and relationships; the feeling that things matter and change is possible.

2. Skylarks is first a foremost a love story, primarily between protagonists Joni and Annabel, but the novel also feels like a love letter to the working class – was this your intention when writing?

It’s such an interesting question in terms of how you define working class as I think it means different things to different people. I find it helpful to think of working classes rather than one homogenous group, who all live in urban areas for example. I wanted to write a protagonist who was dealing with some of the things I did as a teenager such as money being tight, and also the sense of dislocation I got when I went to university and met people from far more privileged backgrounds than my own.

In terms of some of the politics of the book, I began Skylarks originally back in 2015, when we’d had half a decade of austerity. I had been working in local government and then the NHS so that influenced my thought process a lot. I wanted to explore opportunity, social class and how that plays out in people’s lives and relationships.

3. Your novels thus far have confronted contemporary issues which have become a focal point the young adult consciousness and in society on a wider scale. How important do you think it is that fiction reflects reality?

I think there’s a really important conversation happening currently about publishing, what sorts of stories are told and the need to ensure people from backgrounds less traditionally associated with the publishing world are able to write and publish a range of stories.

I often hear people commenting they want to be seen, to be acknowledged in the books they read. It’s something I’ve been reflecting on personally over the last couple of years in terms of the benefits of seeing people whose lives look like yours represented on the page. I think shame and stigma on all sort of topics flourish in those quiet places, when you think you’re the only one. As one small example, the early reaction to Skylarks has been so interesting in terms of people commenting that they’re happy to see Joni has a job. To me, that seemed completely normal, as I did loads of different jobs in my teens and through university, but it’s been important to early readers to see that in Joni’s story.

4. As a writer based in the South West, can you describe a typical writing day?

I have two young children and a part time day job so there’s not often a typical day, at least not a full one! The children go to their dad’s every other weekend, which is when I get most of my writing done, though I also try and keep things going in between during the evenings after they’re in bed. I often write in bursts, so it builds up in my head over a period of time. I’ll jot things down in a notebook – maybe just notes for a scene or actual lines of dialogue and then when I’ve got a chunk of time it will all come flying out. It’s actually a really nice balance and I’m very fortunate I’ve been able to find work I love which has still given me time to write. I think a lot of writing is thinking time too, especially at the editing stage, so sometimes I’ll take a little break and wait for my subconscious to find a solution to a problem. So far, this seems to work quite well for me.

5. Here at Literature Works, we like to ask writers about that all important first draft. If you could offer one piece of advice to writers looking to break into the market, what would it be?

Write what you love, the things that you’re deeply interested in (I know this is a cliché, but it’s important!). I also think it’s good to mentally separate the writing and publishing processes if you can. Both of them have their own joys and challenges, but even if something doesn’t quite work out in terms of publication, it doesn’t mean it hasn’t been valuable. Ultimately, I feel like each book I’ve written has been transformative on a personal level in some way. That’s not to say use writing as therapy, but that there’s something magical about the writing process and it’s so important to hold on to that through all the inevitable setbacks. Also, set yourself up with a proper desk if you can because ultimately your neck will not thank you for years of hunching over laptops in bed or on the sofa.

Sorry, that was more than one thing!