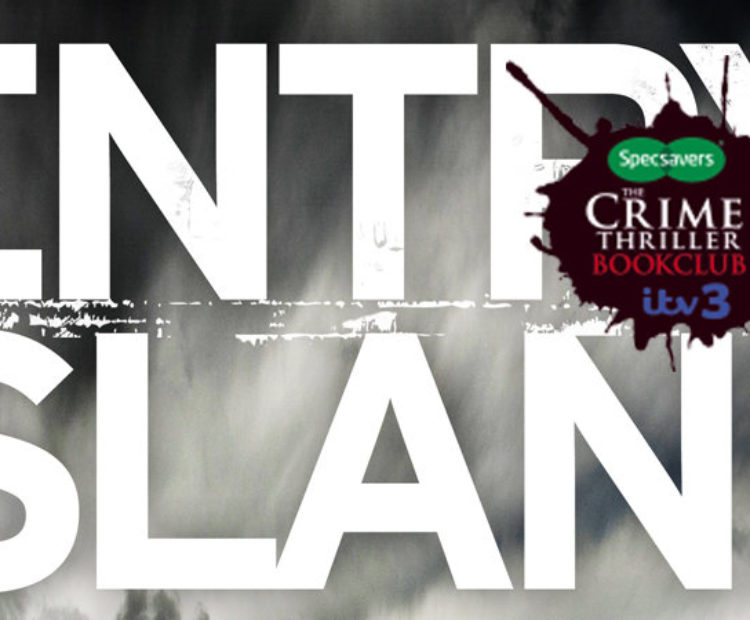 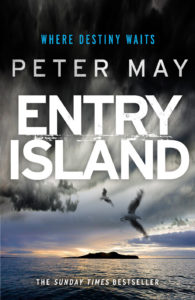 Entry Island by Peter May has won the 2014 Specsavers Crime Thriller Award.

Earlier this year, Devon-based book bloggers Shade Point caught up with Peter when the book was published, and got the chance to ask a few questions about the new novel.

SP: From the Lewis Trilogy to Entry Island, you seem drawn to islands – can you say a bit about why you find them a compelling setting for your novels?

PM: People separated from others by water seem to develop a character and culture quite different from their mainland compatriots. Islands are generally more exposed to and affected by the weather, and that tends to shape everything from architecture to agriculture, relationships to religion. But for the crime writer islands present a wonderfully closed setting, a breeding ground for feuds and jealousies where the smallest disagreements can become all out war. The human condition is contained and placed under the microscope, providing the perfect setting for murder.

SP: In the Lewis Trilogy and Entry Island, we find a sense of kinship with Scandinavian crime fiction, in the tone, and in the emotional heart of the stories – do you feel there are things about the Hebrides and the islands of the Gulf of St Lawrence that have a Scandinavian aspect? The connected history is clearly there in the Hebrides, but something of the character and emotional sensibility too perhaps?

PM: I think that cold, dark northern settings breed a bleak and brooding fiction that the Scandinavians have capitalised on in recent years. But culturally I think that the Hebrides that I know so well, and the islands in Quebec that I researched for Entry Island, possess their own very unique character that owes very little to the influence of the Scandinavians. Of course, the Western Isles of Scotland were under Norse occupation for 200 years, so there is clearly a linguistic and cultural influence there. But the islands in the Gulf of St. Lawrence, it seems to me, have been shaped much more powerfully by the influence of France and the French language.

SP: Although Entry Island is a standalone – do you feel you might ever be tempted to return to this setting in a future book? What drew you in particular to this part of the world?

PM: Unlike The Blackhouse there is no chance that Entry Island will develop into a series or even a trilogy. I was aware while working on its development that it would only ever provide a one-off story. Knowing how publishers (and readers) like series, it was with some trepidation that I told my editor that Entry Island would be a standalone. Fortunately, after he had read my synopsis, he gave it his 100 percent support, which was very gratifying.

To be honest, I would never have considered setting a story in Canada, since it was not a country with which I was particularly familiar. But the nature of the subject of Entry Island – the Highland Clearances – led inexorably towards Canada, and more specifically Quebec, as a setting for the book. It is where tens of thousands of displaced Scots ended up, if they survived the brutal Atlantic crossings. So it was a challenge for me to make myself sufficiently familiar with the country in order to be able to write about it. But having already tackled China, I was undaunted, and found the Canadian people and police nothing but friendly and helpful. The truth is, often I enjoy the research more than the writing!

SP: Entry Island and the Lewis Trilogy have a strong driving connection to past events, both long ago and relatively recent, and these events shape the stories. Do you feel drawn to this aspect of past and present intermingling in this way?

PM: The way the past shapes both the present and our future was very much a theme of the Lewis Trilogy, and one that I carried on into Entry Island. It is something that fascinates me, both in my own life, and in observing the lives of others, how small decisions made often in the spur of the moment can have far reaching consequences years later. It also gives me the chance to explore that all consuming human emotion of regret. We all have regrets, and very often they colour, and sometimes consume our lives. So I have developed a style of storytelling that embraces both past and present as a way of examining these phenomena. In the trilogy that was relatively easy, since the gap between past and present was only two or three decades. In Entry Island the gap was 150 years. So that presented a major challenge all by itself.

SP: You have had a very successful career in TV drama – do you feel aspects of your work in that field and its techniques have transferred into your novels?

PM: There is no doubt that I have brought elements of the skills required both as a journalist and as a script writer into my novel writing. Journalism taught me to write fast and economically, and how to research any subject quickly and in depth. Script writing honed my abilities as a dialogue writer, and the techniques employed in advancing plot and character purely through the spoken word. All these things have, I think, been positively beneficial as I have endeavoured to carve out a career as a writer of crime fiction.

SP: Can we ask, what’s next up for Peter May?

PM: I would love to say retirement. But no one will let me stop writing! So I have already started work on the next book. It is something completely different – not an island in sight – and is based on events that happened to me when I was a teenager. More than that, at this stage, I cannot say.