The Bombs That Brought Us Together

Home Features The Bombs That Brought Us Together 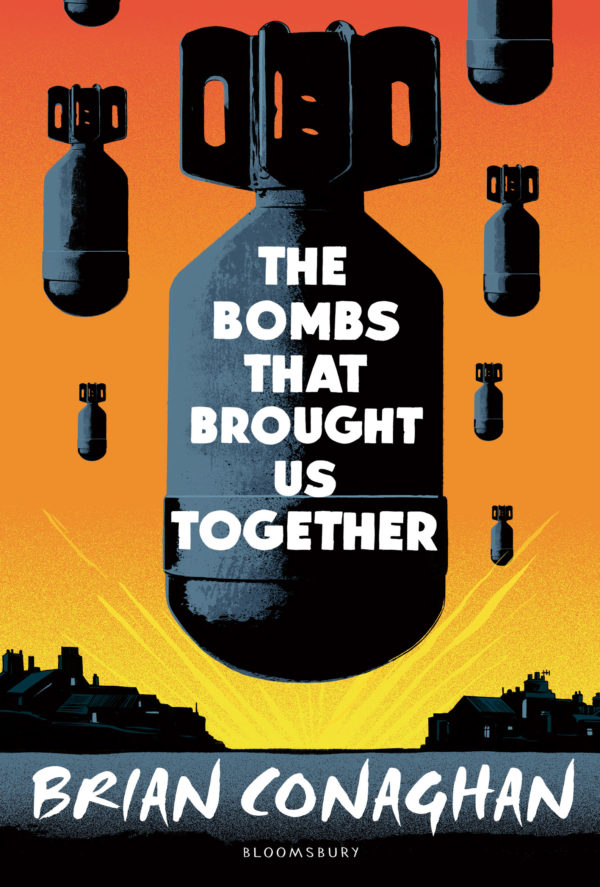 Charlie Law is a fourteen year who dreams of what life would be like on the other side. The other side of the border that is.

You see, Charlie has lived in Little Town on the border of Old Country all his life. He knows there are set rules if he wants to survive, but he also longs to know what it would be like to live in the Old Country. When he meets Pavel, a refugee from Old Country, those laws he tries so hard to abide by begin to get broken. That’s when the bombs come…

The Bombs that Brought Us Together is a novel set in a dystopian future in which humans are strictly governed and life certainly is not free. In the manner of The Hunger Games or How I Live Now, the novel sets up the idea that the humans at the centre of the story once lived affluently but through faults of their own, have brought about the circumstances in which they now find themselves. As a dystopian novel it centralises human accountability and questions the future of a world in which only those who surrender completely can thrive. What makes this such a poignant example of dystopian fiction is the fourteen year old narrator. We see Charlie simultaneously mature observer of the suffering people suffer and also as the young boy who lies frightened between his parents as they huddle together and just try to survive.

The child narrator as a device ensures that this novel has good cross-over appeal. Accessible enough for its intended Young Adult audience, Charlie’s story is about strength and the will to survive in the most extreme circumstances, but peel back the layers, look a little closer and there are many nuances to the story. First and foremost in my mind was the pointlessness of the division between Little Town and Old Country, two provinces which are equally oppressed in spite of their origins. There is real capacity in this novel to spark debate about issues affecting us in today’s society: climate change, war and its futility, freedom and the quest for it and humanity’s culpability for their state of affairs. Dystopian literature is, I feel, a successful medium through which to raise these questions as they can act as a portent for what is to come if humanity continues in its current vein and begin to suggest ways in which this can be alleviated.

I think what makes The Bombs That Brought Us Together so successful is that whilst it is removed from our present circumstances here on Earth, it is not a far cry to imagine a world in which we could find ourselves in Charlie’s shoes, longing for escape and willing to do almost anything to get it. There is a rawness and reality to the novel which is in equal turns refreshing and disturbing. But that’s a good thing. Novels such as this are supposed to provoke thought and discussion and I think that Conaghan achieves this within his narrative.

Ultimately, the novel presents us with two children who find each other against the odds and begin to question the authority which binds them to their respective rulebooks and by necessity compels them to be opposed. Here is a story about friendship, love and the fight for freedom and just how far one is willing to go to achieve it…

I found this novel utterly compelling. At times uncomfortable and heart breaking, it is also a celebration of friendship of difference and how humans can survive. I utterly recommend this novel.

The Bombs That Brought Us Together by Brian Conaghan is published on 21st April 2016 by Bloomsbury Children’s.