Vigilance and curiosity at the heart of living: Alyson Hallett and ‘On Ridgegrove Hill’

Home Features Vigilance and curiosity at the heart of living: Alyson Hallett and ‘On Ridgegrove Hill’ 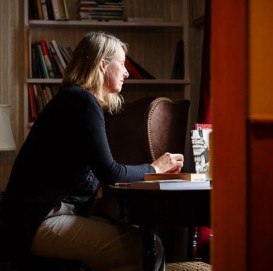 The project to develop Charles Causley’s House in Launceston, No. 2 Cyprus Well, has been a long one. When the founding trustees set off down the path in 2007, a guiding goal was that the completed house should support residencies for writers, valuable retreats where they could hone their craft, and complete work in peace and an unhurried quiet.

After founding resident writer Kathryn Simmonds, who lived ‘off site’ in Launceston while the renovation was underway, the first writer in residence to move into Causley’s House was Alyson Hallett, shortly after the house was opened by the Trust’s Patron, Sir Andrew Motion in 2014. Charles Causley’s house retains two rooms on the ground floor restored as they were in Charles Causley’s lifetime with his belongings intact, and newly refurbished writer accommodation on the upper storey, with new kitchen and study area built to the rear.

In one of her online blog pieces, towards the end of her residency, Alyson was still coming to terms with the experience of the residency, working, as she said herself, towards an “articulation of here”, towards an accord with the striking quality of peace that characterises the refurbished property.

“I think of the quietness in this house as being burnished,” she wrote. “Like copper. Interestingly, this quietness does not preclude the presence of sound. Sometimes a car passes by. Sometimes the squirrels and foxes are so loud you think they’re in the house with you (this house has single-glazed windows – a very thin membrane between inside and out).”

“The residency allowed me to finish a manuscript of poems,” says Alyson today, “go walking, have occasional (and always inspiring) lunches with the previous poet-in-residence Kathryn Simmonds, do lots of reading and generally open myself up to the rich ground of being.”

The founding Trustees of Charles Causley Trust will be delighted with the poems that have resulted from Alyson’s residency, and especially her recently published On Ridgegrove Hill, from Atlantic Press. It is a beautifully produced publication and the combining qualities of the poetry and design sing loudly for the adventure of opening Charles Causley’s House, and the value of creating space and time for artists. Throughout On Ridgegrove Hill, the experience of the house, the residency, and Causley and Launceston’s inspiration are strongly felt.

“I loved being poet-in-residence in Cyprus Well,” she says. “From the very first moment that I stepped down into the front room, I felt at peace. It was utterly instinctive – and unexpected. Entering that house was as easy as slipping a hand into a glove. Who knows why this happened – but the feeling of ease never left me for the whole duration of the residency. There was a spaciousness and intensity of quiet, enough time and space to dedicate myself to my work for a sustained period of time with very few distractions.”

“A gaggle of new poems took me by surprise towards the end of the residency,” she recalls. “I remember their arrival clearly: it was around 5 in the morning and something had woken me up. I opened the curtains. It was still dark. I reached for my notebook and began to scribble. Poem after poem erupted out of me. I was like a volcano spewing out its lava. These poems, along with notes from journals that I kept during the residency, became On Ridgegrove Hill.”

“We wanted the book to recreate the space of the residency, particularly the quietness, the unique mood of the house,” says Phyllida. “The lines that sprawl across the pages are real map lines, tracing some of the roads around Launceston, including Ridgegrove Hill, and they flow into the illustrations, which sketch out spaces inside Causley’s home – the landscape Alyson inhabited for the residency. I liked the idea of Alyson walking some of the same paths as Causley, both literally around North Cornwall and in her work & thoughts. The map lines create nice by-chance resonances, e.g. the steepness of the line on ‘So steep your legs hurt’, or the ley-lines in ‘Trecarrell Manor’.”

This commitment to inhabiting the experience of Alyson’s residency, created an exciting partnership. “The design and the poetry were really collaborative,” Phyllida continues. “It was important for the text and the imagery to be in conversation, the weight of the lines matching the text. The spaces in the poetry and on the page were thought about as one whole thing, rather than two separate things – and in this way the book became something that had a life of its own.”

This collaboration resonated strongly with Alyson, and contributed to a freedom in the compilation. “I can say that I loved working with a designer,” Alyson says, “and that I’ve been delighted with people’s responses to the book. It was also really good to use excerpts from journals alongside the poems – and to be able to range across the page in a way that’s much freer, much more anarchic than usual. I started out making artist’s books in collaboration with an artist called Penelope Downes nearly twenty years ago – and so perhaps it’s a regression rather than a progression. A looping back that reminds me of the delight involved in taking so much care about how the words look on the page, what kind of paper is used, the colour of the paper, the weight and texture – the art of the book as well as the art of the words and poems. It’s like making a little performance on paper.”

Phyllida was not the only collaborator. “Penelope Shuttle came to stay in the house for a couple of days,” says Alyson. “She’s a good friend from the years when I lived in Falmouth and was so generously welcomed into the Falmouth Poetry Group. We spent hours in the house reading poems and babbling about all things poetic, sitting in Causley’s chairs and imagining what it must have been like when he was alive.”

Penelope Shuttle’s visit was to provide a strong link to the time when Causley lived in the house. “I was very moved to hear that she and her late husband, Peter Redgrove, had come to Launceston to meet Charles Causley,” says Alyson, “and it reminded me of the strong threads that run through Cornwall connecting poets from one corner of the county to the other. There was a very special moment when Penny approached Causley’s typewriter in the study. Her fingers hovered over the keys for half a minute or so before descending to touch them. I was asking permission from Charles, she said later, by way of explanation.”

Unusually, Penelope Shuttle also contributes to the collection as a ‘guest poet’. “When I was putting On Ridgegrove Hill together, I asked Penny if she’d like to contribute a poem,” says Alyson. “Having her poem in the book is my way of honouring the importance of friendship between poets in the past as well as the present. And I like the idea that books can contain poems by people other than the poet – it goes a small way to reflecting the fact that none of us work in isolation.”

Causley’s own work became a key connection for Alyson. “To be honest,” she admits, “I wasn’t that familiar with his work before the residency. I knew the most popular poems, but that was about it. Over the six months in his house though, I dedicated myself to getting to know his work better.

Nothing could have really prepared me for the way his poems sucked me in – hook, line and sinker. What a poet! I discovered fairly early on that I really loved his work; it was fresh, startling, disturbing, funny. It was like a giant river running in many different directions but never without depth and never without a sparkle of light on its surface. I’m sure my reading of his work was helped by living in Launceston, walking the same roads that he’d walked, even driving out to visit the churches he visited. It was as if I was shadowing him in some way, as if he’d laid down his own ley line that I was now able to follow. I also kept fresh flowers on his grave – as a mark of respect, an offering to his spirit. And so my connection with his work went way beyond just the words on the paper – I was living inside his house, inside his poems, I was lapping up the atmospheres he had created the way a thirsty camel might lap up water when it comes to an oasis.”

Alyson also found stimulus from Causley’s personal story. “Causley’s life was an inspiration too,” she says. “He was quite exceptional: so poor when he was young that he and his mum would fetch food parcels from the Methodist Church on a Tuesday. He left school when he was fifteen, served in the Royal Navy during the war then trained to be a teacher. He was a musician, a poet, a playwright, a short story writer, a full-time teacher, a broadcaster, a great supporter of other poets, a traveller. His life is testimony to the fact that no matter where or what you come from, it’s possible to follow your dreams. The imagination was his fuel and the fire that burned was bright.”

Sadly, the end of Alyson’s residency coincided with a great loss in her own life. “One thing that may have affected the emotional depth of my connection to the house and its environs is the fact that my dad was very ill at this point. I drove up to Bridgwater quite often to see him – and he came to visit me once. Then, on the day I left, the 19th December, he died. I was wide open for most of the time that I was there, emotionally raw, just very aware of the pulse of life and how fragile it is. When the death of someone you love is so close by, you appreciate everything: the T-junction at the end of the road; the hens that lay eggs for your breakfast; sunlight on cobwebs.”

“At the moment I’m finishing a novel,” she says, “and adding the final touches to my next full volume of poems. I’ve just had major surgery as well and so my focus has been very much in the healing of my body over the past few months – this has been fascinating, seeing how muscles and bones recover, how the body gets on with performing its daily miracles. I’m working on translating that into my writing practice – to just turn up and write, go for a walk, answer an email or speak to a friend, start a conversation about what’s happening to the migrants in Calais, cook some rock cakes. It’s all part of the overall process – it all feeds in to the making of poems, the vigilance and curiosity at the heart of living.”

On Ridgegrove Hill is published by Atlantic Press, priced £10

For more information about The Charles Causley Trust: www.thecharlescausleytrust.org

For more information about Alyson: www.thestonelibrary.com/

A Look Inside Ridgegrove Hill 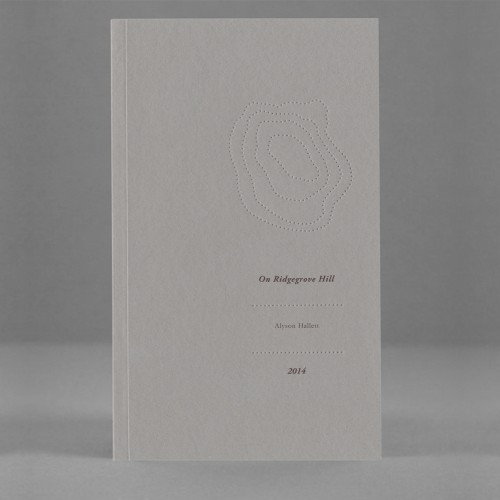 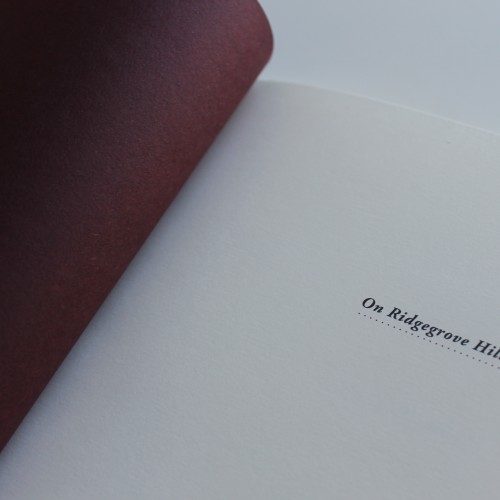 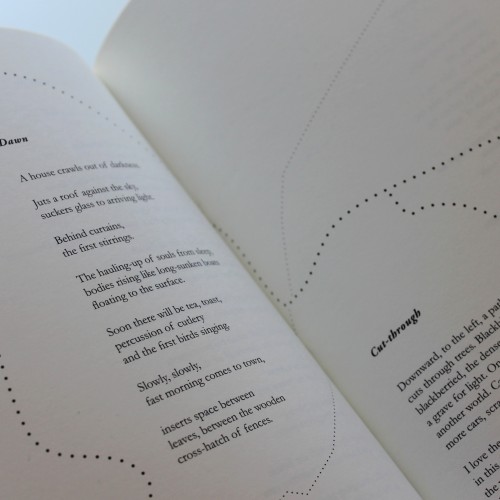 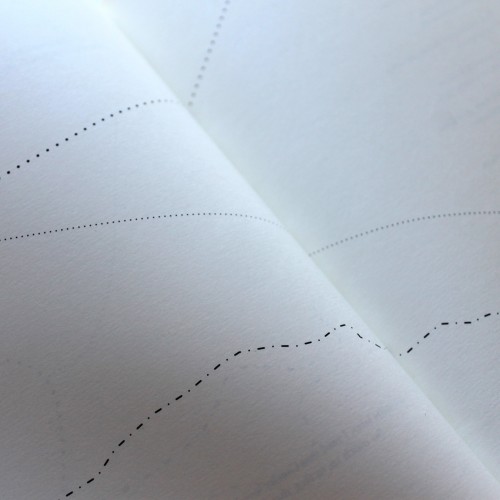 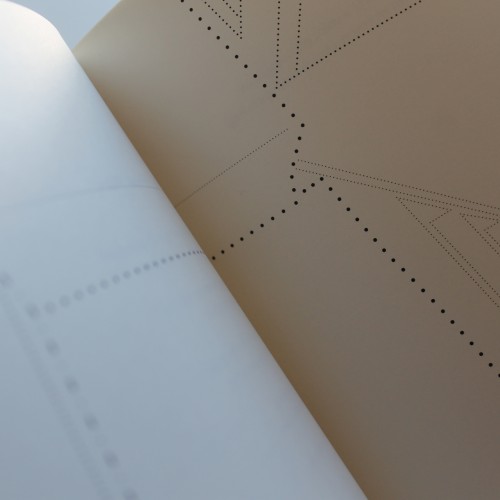 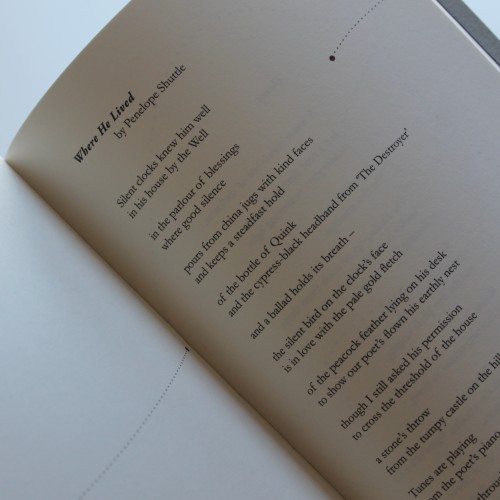 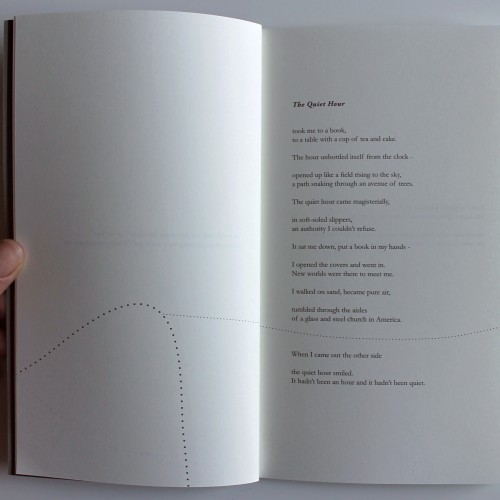 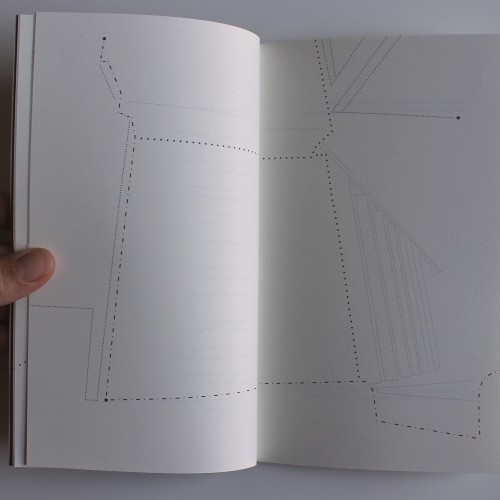