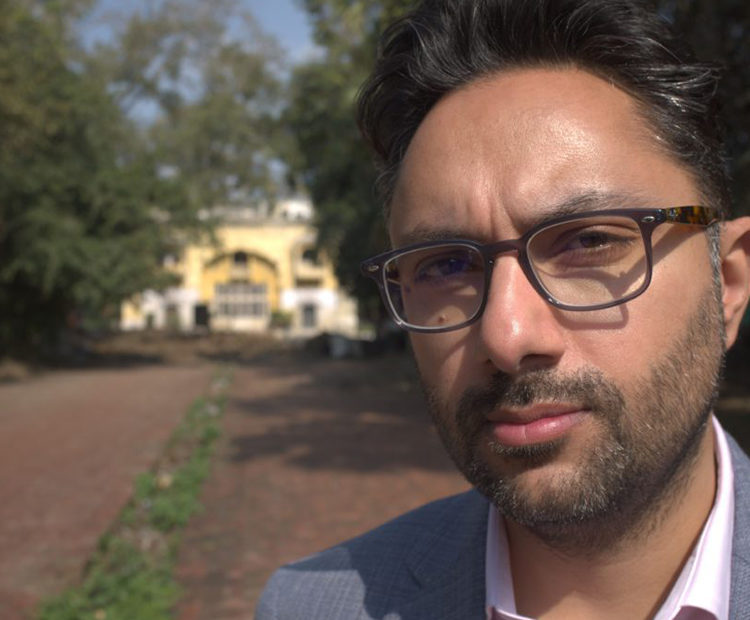 Among this year’s Marlborough LitFest non-fiction line-up are confirmed the journalist and broadcaster, Sathnam Sanghera, and the environmental campaigner and writer, Jonathon Porritt.

In a talk titled ‘Climate Change: Getting the Message Across’ on Saturday 2nd October in Marlborough Town Hall, LitFest will bring together renowned environmentalist, Jonathon Porritt, with contemporary novelist, Jessie Greengrass, whose latest book addresses the current climate emergency. This will be a live event but also live-streamed to reach a wider audience.

Jonathon Porritt has been involved in environmental issues for nearly 50 years: as director of Friends of the Earth, a key member of the Ecology Party and its successor, the Green Party, a founder of Forum for the Future and a sustainability advisor on many business boards. He received a CBE in January 2000 for services to environmental protection. In his latest book, Hope in Hell: A Decade to Confront the Climate Emergency he argues that we can avert catastrophe, but only if we act now and work as one, harnessing the twin powers of youth and technology. He says of this book: “Of all the books I’ve written since 1984, this one has been the hardest. Confronting today’s Climate Emergency is personally very painful – simply because we’ve left everything so late.”

As a novelist, Jessie Greengrass highlights the dangers of a heating Earth through the characters of The High House: young siblings Pauly and Caro and villagers Sally and her “Grandy”, all four thrown together in a seaside home that Pauly and Caro’s mother, a climate scientist, had built as a shelter from the coming storm – the storm that will change their world for ever.Jessie’s collection of short stories, An Account of the Decline of the Great Auk, According to One Who Saw It, won the Edge Hill Prize 2016 and a Somerset Maugham Award. Her critically acclaimed debut novel, Sight, was shortlisted for the Women’s Prize for Fiction 2018.

Sathnam Sanghera is a journalist, author and broadcaster who will be returning to Marlborough LitFest having previously featured as the festival’s Big Town Read author in 2014. Sathnam will be appearing on Sunday 3 rd October at Marlborough Town Hall in a live event that will also be live-streamed to talk about his latest book, Empireland: How Imperialism Has Shaped Modern Britain. Sathnam demonstrates how so much of what we consider to be modern Britain is actually rooted in our imperial past and yet empire is a subject weirdly hidden from view.Sathnam was born to Punjabi immigrant parents in Wolverhampton in 1976. He entered the education system unable to speak English but, after attending Wolverhampton Grammar School, graduated from Christ’s College, Cambridge, with a first-class degree in English Language and Literature. He has been shortlisted for the Costa Book Awards twice, for his memoir The Boy With The Topknot and his novel Marriage Material, the former being adapted by BBC Drama in 2017. He has won numerous prizes for his journalism at The Financial Times and The Times.

Genevieve Clarke, Chair of Marlborough LitFest, said: “The authors we’re announcing today are tackling major issues of our time – climate change and identity. We’re pleased to be welcoming them to Marlborough and making their events available to a wider audience through livestreaming.”

It’s the final call for this year’s, second, Love Books competition, held in association with English Literature at Bath Spa University. Celebrating a love of reading amongst all ages, entrants are asked to explain their favourite book, poem or play by either a written (up to 750 words) or video (no more than four minutes) response. Winners in each age category (13-16 years; 17-19 years and 20+ years) will each win £300; runners-up each win £100. The deadline for the competition is 30 June, for more information, click here.

Marlborough LitFest will comply with current government Covid-19 guidelines during its festival weekend and plans to offer a mix of live and virtual author events at Marlborough Town Hall and venues around Marlborough. Working with video creative agency, StreamWorks, the festival’s aim is to reach as wide an audience as possible so that people can either attend Covid-safe events in person or watch sessions online.This year’s festival will feature a varied programme of events for all ages including fiction, non-fiction and poetry. The festival aims to champion new, upcoming writers as well as established names and to also encourage a love of reading in children and young people with author talks, competitions and our ongoing community outreach programme. The full programme will be available at the end of August and tickets will go on sale in early September. For more information, visit the website.