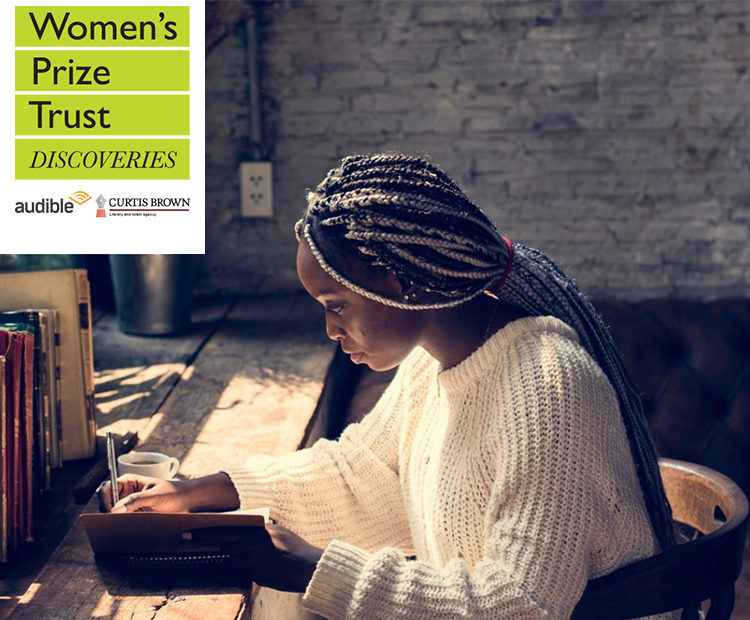 The Women’s Prize Trust – the charity championing women writers on a global stage –calls for entries for its 2022 Discoveries writing development programme, which culminates with awarding the Discoveries Prize for an unpublished novel-in-progress.

In partnership with Audible, Curtis Brown Literary Agency, and the Curtis Brown Creative writing school, Discoveries is more than a traditional prize whereby the winner receives an offer of representation and £5000; it is a pioneering development initiative which offers practical support and encouragement to aspiring female novelists of all ages and backgrounds, from across the UK and Ireland.

In its inaugural year of 2021, there were over 2,500 entries, 73% of which were from writers who  lived outside London. The winning author, Emma van Straaten, has been signed by Curtis Brown agent Lucy Morris. Three other Discoveries longlisted writers have since accepted offers of representation by UK literary agents, and all 16 longlistees have been offered mentoring by Curtis Brown agents and the opportunity to take part in Curtis Brown Creative writing courses.

Kate Mosse, Novelist & Founder Director of Women’s Prize for Fiction, said:
“The Women’s Prize has always championed women authors – wherever they come from, whatever their age, whatever their genre of writing – to tell their own stories and worked to ensure that the widest possible range of female voices and experiences are heard. When the Women’s Prize Trust launched the Discoveries writing programme in 2021, we were blown away by the response from so many talented and inspiring writers and it’s been hugely gratifying to see a number of them go on to receive representation from agents. We are absolutely thrilled to be building on last year’s success and to be creating an enhanced programme in 2022, with the aim of receiving even more submissions from all over the UK and Ireland. As well as welcoming budding writers, we also hope to inspire women who haven’t picked up the pen before, who perhaps haven’t had time or the opportunity to explore their creativity.”

Discoveries invites unpublished women writers from the UK or Ireland to submit the opening of a novel in English, of up to 10,000 words. Unlike most initiatives of this kind, writers are not required to have finished their novel, and Discoveries is completely free to enter. Designed to inspire as many emerging authors as possible to enter and to help writers craft their submissions, the Women’s Prize Trust, Audible, Curtis Brown Literary Agency and the Curtis Brown Creative writing school will curate a programme of free content to run throughout the submissions window, including writing tips and insights into the agenting and publishing process, practical advice and inspiration from judges, Women’s Prize for Fiction alumna and publishing professionals. Online workshops will also be hosted
with a range of partners to reach as wide an audience as possible, including a ‘How To Get Started’
free webinar hosted by Curtis Brown Creative on 4th November, 7.00pm-8.30pm, featuring a panel of
Curtis Brown agents, authors and Discoveries judges – find out more and sign up here, a workshop streamed
to libraries around the UK and Ireland, and a free writing workshop at ClassFest. Every entrant will
have the opportunity to participate in a Discoveries experience, which will better equip them to finish and hone their novel, and will arm them with knowledge about the publishing industry.

Lucy Morris, Agent, Curtis Brown, said: “We are delighted to be launching Discoveries for a second year, to reach thousands more writers and offer support and encouragement as they work towards finishing their novels. We have an exciting new prize offering this year, but two core principles remain exactly the same: whether you began five decades, five years, five months or five minutes ago, we want to hear from you; it’s originality and imagination that our readers and judging panel will be looking for – potential, not polish.”

The support package offered to the Discoveries longlisted writers has been enhanced for 2022. A brand-new bespoke, two-week online Discoveries Writing Development Course has been designed by Curtis Brown Creative for the 16 writers, to be taught by CBC tutor Charlotte Mendelson, who was shortlisted for the Women’s Prize for Fiction in 2008 with When We Were Bad. The course will focus on the works-in-progress of the longlisted writers, using one-to-one tutorials, live teaching on Zoom, and writing exercises and group discussion on Curtis Brown Creative’s online learning platform. Taking place from 27th June to 8th July 2022, the course will culminate in a teaching session with Curtis Brown literary agents. All 16 writers will also receive an annual Audible subscription.
Anna Davis, MD Curtis Brown Creative, said: “We at Curtis Brown Creative are thrilled to take part in Discoveries 2022. With Covid hopefully easing its grip, we are keen to try to reach even more women who are writing – or who want to start writing – than we were able to last year, and to help them to develop their work through the
provision of free writing resources and online workshops. We’re particularly excited to be creating
the brand new two-week online course for the longlisted writers. We consider that one of the very
best things we do at Curtis Brown Creative is to bring writers together in mutually supportive groups
which stay in touch long after our courses are over. We relish the opportunity to bring together and
work with 16 talented women writers in this way.”

Aurelie De Troyer, SVP International Content at Audible, who have recently joined the Women’s Prize’s family of sponsors, said: “The brilliant work the Women’s Prize do to nurture female talent is something we’re both deeply
passionate about and we are so excited to help support as a key part of our partnership. We are
delighted to be part of the Discoveries writing programme for 2022 and help develop a new
generation of writers.”