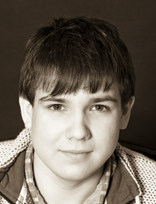 Historian and novelist. Born in Wiltshire in 1985, James studied History at Emmanuel College, Cambridge, where he developed a special interest in the Middle Ages and the Norman Conquest in particular.

Sworn Sword, his debut novel and the first instalment in the Conquest trilogy set during the turbulent years following 1066, was published by Preface in 2011. The series is also published in the US, Germany and the Czech Republic.

James’s fourth novel, The Harrowing, was published in 2016 by Heron. Set during an especially brutal episode of the Conquest known as the Harrying of the North, it comprises the tales of five English refugees fleeing the devastation of their homeland by the Normans.

James is currently working on his fifth novel.