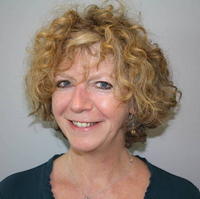 Ginny Baily is a writer, editor and translator based in Exeter. Her short stories and poetry have won awards and been widely published. Her debut novel ‘Africa Junction’ won the Society of Authors’ Mc Kitterick prize in 2012 and is out in paperback with Vintage.

She holds a PhD and MA in English from the University of Exeter and her first degree was in French and Italian.

She jointly runs Dirt Pie Press, based at the University of Exeter, publisher of Riptide short story journal and Canto poetry. She also co-edits the Africa Research Bulletin.

Currently working on her third novel.