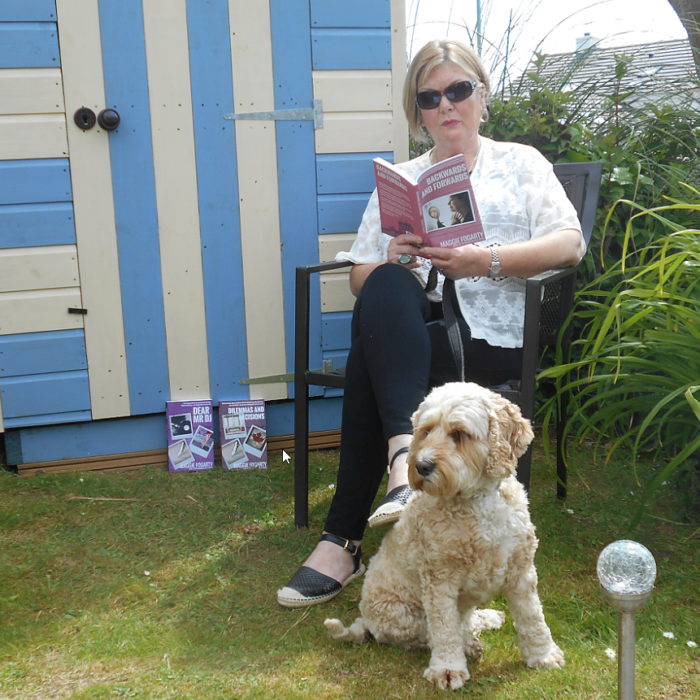 Maggie lives in Marazion and is a TV producer, journalist and fiction writer. She has also just joined the Board of Directors at Coast FM Radio.

She has wide-ranging broadcast industry experience and has worked as a senior producer on numerous national television programmes She has a Royal Television Society award for a BBC1 documentary on the Birmingham Pub Bombings.

She has written a novel and a three part novella series as well as a number of short stories. Her story ‘Namesakes’ was a finalist in the annual Writers and Artists (WAYB) 2011 Short Story Competition. Another short story ‘Alan and Barbara – A Life In Fives’ was long listed in the 2017 Retreat West Short Story Competition, She is also a ghost writer for Bonnie the very Cornish Cockapoo who features on Maggie’s website!

Maggie is co-founder of the West Cornwall Media Club which meets monthly in Penzance.