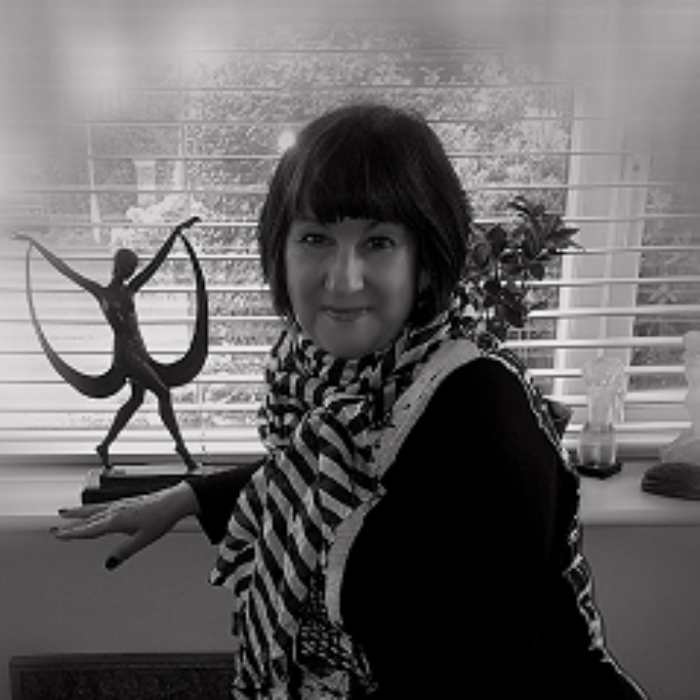 Vicki worked as a Chartered Librarian for the Royal National Institute of Blind People and then for the past 19 years in public libraries in Bournemouth and Poole. There she enjoyed arranging and attending writing courses and author events, including such luminaries as Fay Weldon and Peter James. With the Reading Agency and other librarians round the country she reviewed and selected books for The Radio Two Book Club. All the time writing away in her spare time.

Born in California but brought up in England she was introduced to the Golden Age of crime authors at an early age by her mother. She is married to a blind physiotherapist, and it is from his mother, born in a large country house in Devon (now a hotel), educated by governess and with a cut glass voice like the Queen, that she absorbed real life stories about the twenties and thirties.

She has always had a fascination with the Art Deco period and the Golden Age of crime writing. She has been filling her house with Art Deco inspired artefacts and clothing for 40 years.

Blind Witness is her debut novel and is the beginning of the Charters Mysteries Series featuring Major Alasdair Charters and The Honourable Melissa Charters.