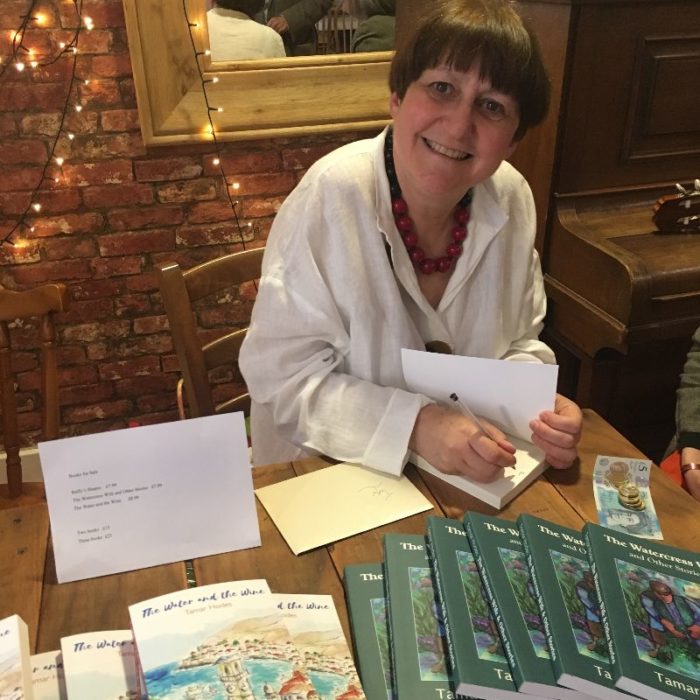 Tamar Hodes was born in Israel in 1961 and lived in Greece and South Africa before settling in the UK in 1967. After growing up in north London, she read English and Education at Homerton College, Cambridge. For thirty-five years she taught English in schools, universities and prisons.
Her novel Raffy’s Shapes was published by Accent Press in 2006 and chosen as the book of the month by Waterstones in October of that year. It was followed by The Watercress Wife and Other Stories in 2011 and The Water and the Wine, published by Hookline Books, in 2018 and described in the San Francisco Review of Books as ‘a very fine treasure’. Tamar has had stories on Radio 4 and others in anthologies including Salt’s Best British Short Stories 2015, The Pigeonhole, Your One Phone Call, the Ofi Press (Mexico), MIR online (Birkbeck College), Fictive Dream and Lilith (US).
Her novel The Mauves was shortlisted for the Wells Literature Festival children’s writing prize; her story The Boating Pond longlisted for the Frome prize, and Letter to the Sea was a runner-up in Elle magazine’s short story competition. The City of Stories won third prize in the Retreat West Flash Fiction competition.
Tamar is married with two grown-up children and a grandson.