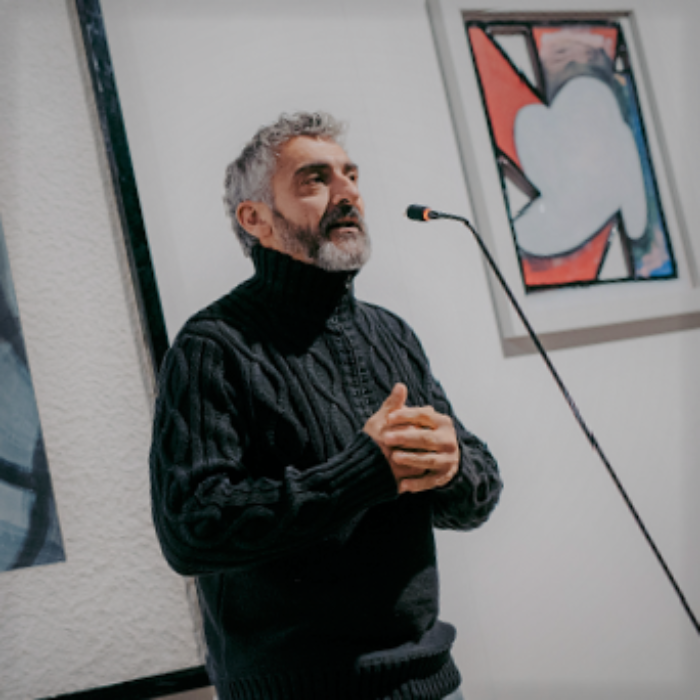 Sean Holland is a Devon based writer and performer. He has an award-winning verse play “One Foot In The Rave” which is touring through til late 2019. He has also been a finalist in a number of regional and national poetry slam competitions. in 2018 he performed in finals at the Royal Albert Hall, Cheltenham Literature Festival, and multiple regional competitions. He performs under the pseudonym, Alexander Rhodes.

Sean is currently developing his first screenplay. It is an adaptation of his play “One Foot In The Rave”. He supports his art through creative writing, blogs and workshops.

“A sharp, confident performer with excellent material”
Attila The Stockbroker

“Alexander Rhodes done the business supporting me on tour. He belongs on the stage”
Luke Wright

“Searing and soulful – A pleasure to listen too”
Mark Gwynne Jones

“A poetic force to be reckoned with. A reliably powerful performer”.
Sara Hirsch

“Alexander Rhodes managed the stage with an intense and captivating style. Almost hypnotic with perfectly placed pauses moving it from spoken word to (Almost) musical lyrics”
Made In Plymouth Magazine