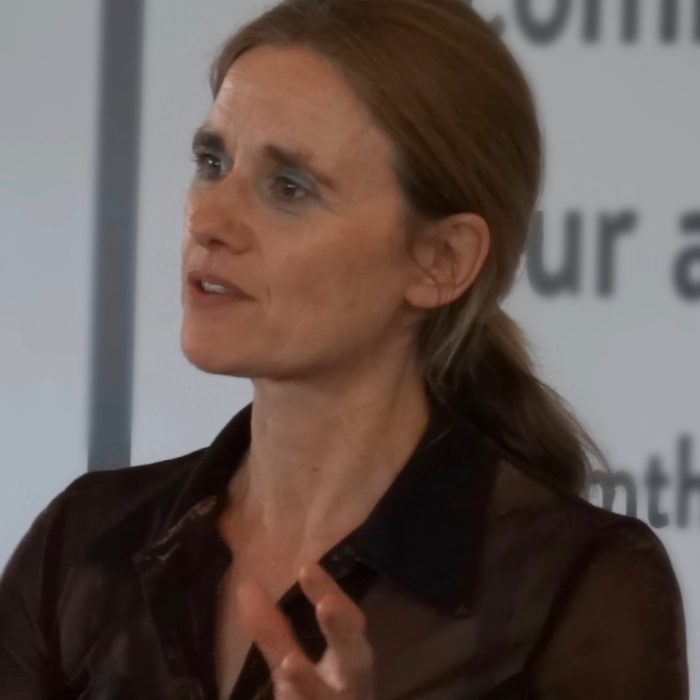 Elspeth Penny is a writer with many theatre, film, TV, short story and theatre performances, publications and broadcast accolades.

Elspeth’s recent relevant artistic work includes an ACE-funded project: ‘Silva Lining’s
Care Plan’. Rehearsed script readings were held in Bristol and Nottingham with live ‘cello, as well as comedic and puppetry elements. In addition, two verbatim commissioned short plays were performed at medical conferences, and are being translated for a Danish conference.

Accolades include: BBC Doctors, ‘The Owl’ (Bristol Old Vic); a ‘Broadcast Development Award’ from the Wellcome Trust to develop a tv series and creating the multi-platform world: ‘How 2 be a Teenager’.

Elspeth has taught widely, including MA writers at UEA; leading an MA module in Narrative for NUA and a playwriting course for Crediton Arts Centre. She was a Script Factory trained reader for Screen East.

She has also led many innovative participatory writing projects of excellent artistic quality for 19 years, with international recognition. This includes a research collaboration with Bristol University’s ‘Life of Breath’ Project (Wellcome Trust funded) for which the team won the Arts and Humanities Research Council (AHRC)’s Health Humanities Medal Inspiration Award. She co-wrote and published two papers about this work between 2018-19.

Penny, E., & Malpass, A. (2019). Dear Breath: using story structure to understand the value of letter writing for those living with breathlessness–a qualitative study. Arts & health, 1-15. - Arts & health - 2019
Malpass, A., & Penny, E. (2019). Invisible Breath. Storytelling, Self, Society, 15(1), 43-70. - Story Telling, Self, Society - 2019
Out Like Fudge - translating research into drama: Commissioned by Nephrologist, Dr Barny Hole, to research interviews into two 10 minutes drama vignettes. Performed at a Patient and Public day, and for a nephrology conference at the Wills building, Bristol. The work is being translated for a Danish nephrology conference. - 2019-20
Silva Lining’s Care Plan - a theatre play about a paid carer who looks after someone with dementia, something between Kafka and Ken Loach. Three brains, two bodies, one secret plan: an absurd journey into the invisible world of the carer. Four public performances, including two at The Contemporary Nottingham, Puppet Place plus a reading at Colston Hall Bristol. Arts Council England funded, this play is a collaboration with University of Nottingham - see Silva Lining's Care Plan trailer. Live ‘cello, as well as comedic and puppetry elements. We are fundraising to make it into a podcast. - 2018-19
The Lost Art of Letter Writing - Tedx Talk, SWPS - 2012

Letter to my breath - 2015 - 2020 - As the leader in participatory Letter writing workshops, and artist lead with the award-winning team at Life of Breath Project (2018 Health Humanities Award), I’ve run over 20 “Letter to my breath” and 30 other “Letter to…” workshops since 2015. The work has circulated worldwide, and there is interest from within NHS CCGs to mainstream it. It has been presented worldwide, such as at The Conference on College Composition and Communication, which is the largest gathering of college writing faculty in the US, and post-secondary writing teachers outside the US.
The Deer Track - 2017 -2020 - The Deer Track: a novel about entrapment, separation and coming of age in ones 40's
How 2 be beautiful - 2019-2020 - A graphic novel. Work in progress presented at Laydeez do Comics Bristol event in 2019.
Your Creative Sparkle - 2020 - An online course in creative letter writing.

Mothership - 2018 - Writing Residency at The Mothership, Dorset, along with my son Bede. A 16-year-old and his menopausal mother explore transition using a variety of media, including script, sculpture and storytelling. Work in progress presented for artist’s collective, Force 8.
Health Humanities Award - 2018 - Life of Breath Team award, I was artist lead on Letter to the Breath, one of the projects considered.
Frankie: awarded a 'Broadcast Development Award' from the Wellcome Trust. - 2009-10 - This funding saw development/writing of animation series - with Executive Producer, Pete Davies (Navmotion) and animator Katie Davis.