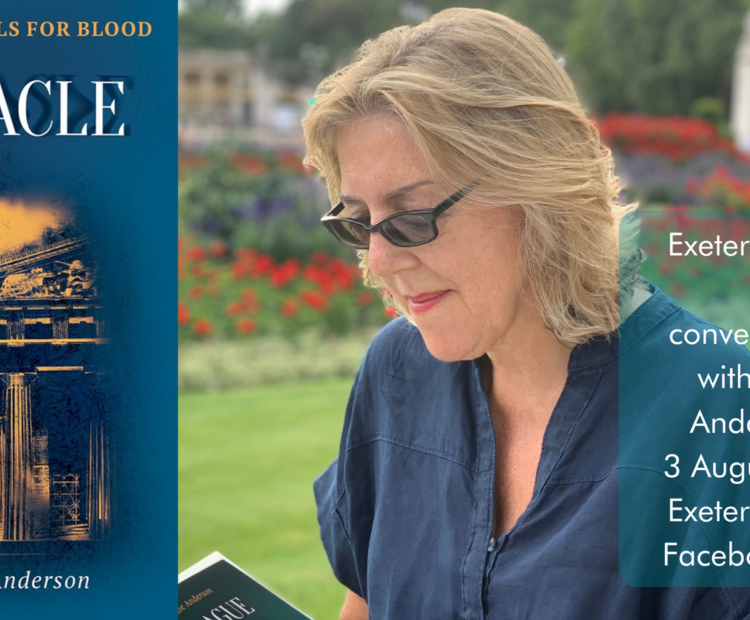 About the Book
Blood calls for blood. Near the ancient Temple of Apollo, environmentalists
protest outside an international conference. Inside,
business lobbyists mingle with politicians, seeking profit and influence. Then the charismatic leader of the protest goes missing. The next day a body is discovered, placed like an offering to the gods. One day later a broken corpse is found at the foot of the cliffs from which blasphemers were once tossed to their deaths.
As a storm closes in and strange lights are seen on the mountain, the conference centre is cut off. Is a killer stalking the corridors? Or are primal forces reaching out from the past? Like the cryptic Oracle of Delphi, Cassandra Fortune must supply the answer before the conference is over. And before more die. Justice will be done, but what kind of justice?

About the Author
Julie Anderson worked in Westminster and Whitehall for a variety of government departments and agencies,
including the Office of the Deputy Prime Minister. This informed her first successful political thriller,’ Plague’. She is currently writing the third in the series of novels featuring investigator Cassandra Fortune.