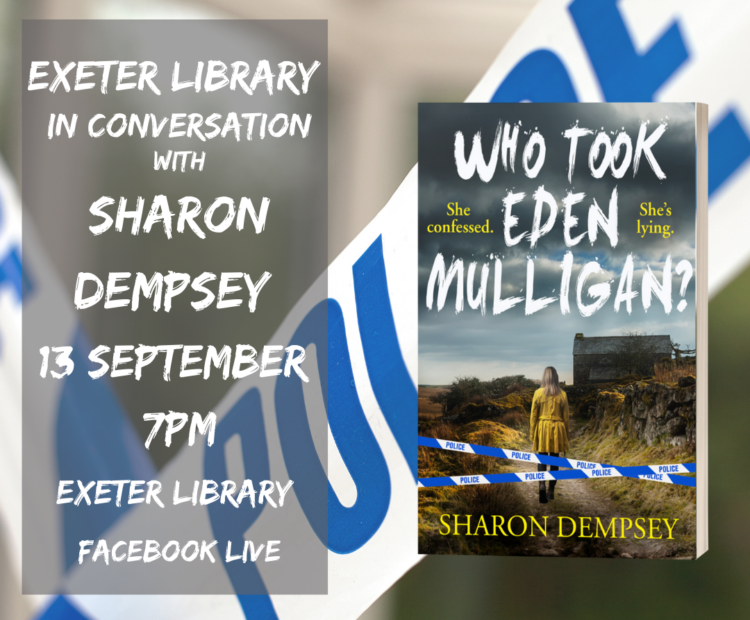 Join us for an #InConversation event here on Facebook with crime writer Sharon Dempsey. Sharon is a PhD candidate at Queen’s University, exploring class and gender in crime fiction. She was a journalist and health writer before turning to writing crime fiction and has written for a variety of publications and newspapers, including the Irish Times.

‘They’re dead. They’re all dead. It’s my fault. I killed them.’
Those are the words of Iona Gardener, who stands bloodied and staring as she confesses to the murder of four people in a run-down cottage outside of Belfast.
Outside the cottage, five old dolls are hanging from a tree. Inside the cottage, the words “WHO TOOK EDEN MULLIGAN?” are graffitied on the wall, connecting the murder scene with the famous cold case of Eden Mulligan, a mother-of-five who went missing during The Troubles.
But this case is different. Right from the start. Because no one in the community is willing to tell the truth, and the only thing DI Danny Stowe and forensic psychologist Rose Lainey can be certain of is that Iona Gardener’s confession is false….