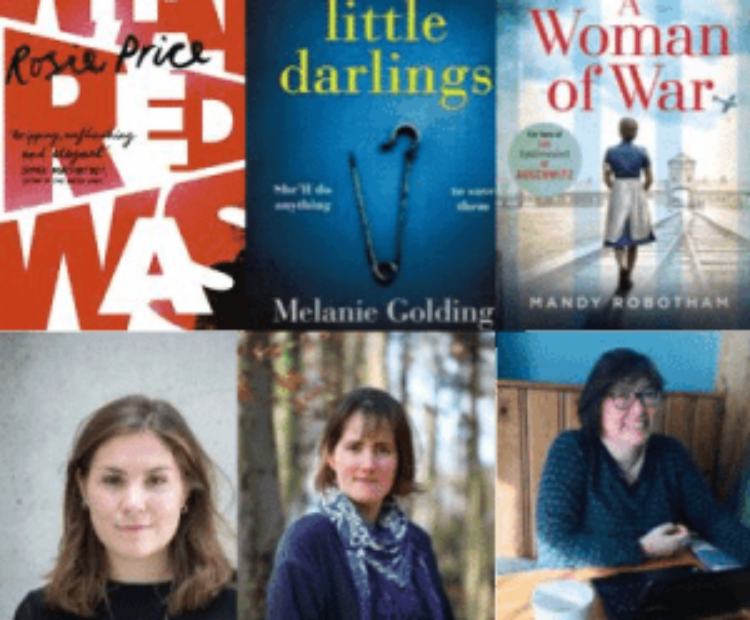 When it comes to its wealth of writing talent, Stroud definitely punches well above its size! Come and hear from three writers with strong local connections whose debut novels have recently been published to wide acclaim.

Melanie Golding is author of “Little Darlings”, a spine-tingling psychological thriller which centres on Lauren and her new-born twins. While alone on the maternity ward, a terrifying encounter in the middle of the night convinces her that someone is trying to steal her children. Snapped up by publisher HQ, “Little Darlings” has also been optioned by Free Range Films.

Rosie Price grew up in Dursley, went to school in Stroud, and now lives in London. Her compelling debut novel, “What Red Was” is partly set in Gloucestershire and centres on a young woman, Kate Quaile, her friend Max and her dealings with his family, the wealthy Rippons. At their London home, just after graduation, her life is shattered apart in a bedroom while a party goes on downstairs.

Mandy Robotham is a midwife who has worked at Stroud Maternity Unit for the past 18 years. Her debut novel is “A Woman of War”, set in Germany in 1944. Taken from the camps, Anke Hoff is assigned as midwife to one of Hitler’s inner circle. If she refuses, her family will die. Torn between her duty as a caregiver and her hatred for the Nazi regime, Anke is swept into a life unlike anything she’s ever known.

With thanks to Clare Honeyfield for allowing us to borrow her shop name for this event! www.madeinstroud.co.uk