Paul Mason – How to Stop Fascism 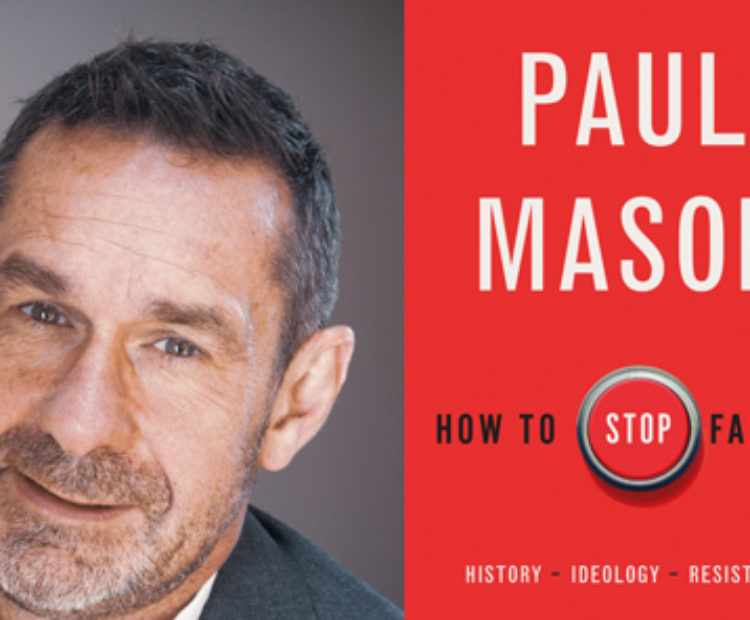 Fascism is back. Trump supporters stormed the Capitol. Right-wing populism was supposed to be a firewall against far right extremism – but the firewall is on fire. From Brazil to India to Sweden far-right movements are gaining energy from the American debacle. The new far right is organisationally small, but its ideologies and symbols are proliferating across networks and social media, into the lives of many ordinary people. How did we get here? Can we resist it? How will the Covid-19 crisis interact with the social, economic and geopolitical insecurities fascism has always played on, which are already being intensifed by the climate crisis? Paul Mason argues in this powerful book that we need to rethink what we assume about fascism and must understand it as a generalised and recurrent symptom of capitalist failure, not a finished historical fact. That there is a danger that outright fascism could ride to power on the back of the regimes we see today.
Paul Mason is an award-winning journalist, broadcaster, and film-maker. Previously economics editor of BBC Newsnight and Channel 4 News, his books include Clear Bright Future, PostCapitalism, a Sunday Times top ten bestseller, Why It’s Kicking Off Everywhere;Live Working or Die Fighting; and Rare Earth: A Novel.