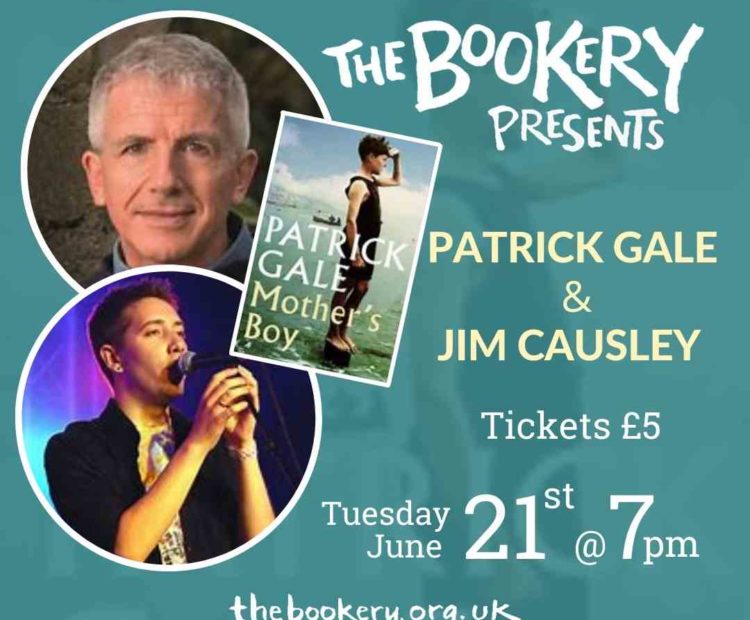 As part of independent bookshop week, we are delighted to welcome our patron Patrick Gale and award-winning singer-songwriter Jim Causley to The Bookery. Patrick will be chatting about his latest book Mother’s Boy and Jim will be performing songs based on Causley’s poems.

About the book
MOTHER’S BOY is the story of a man who is among, yet apart from his fellows, in thrall to, yet at a distance from his own mother; a man being shaped for a long, remarkable and revered life spent hiding in plain sight. But it is equally the story of the dauntless mother who will continue to shield him long after the dangers of war are past.

About Patrick
Patrick Gale was born on the Isle of Wight in 1962. He studied at Winchester College and New College, Oxford. In 1988 he moved to Cornwall where he lives with his husband, the farmer and sculptor, Aidan Hicks, on their farm at Land’s End. He is a keen cellist, gardener and artistic director of the North Cornwall Book Festival.

About Jim
Jim Causley is an all-round entertainer and during the past decade Causley has been nominated no less than six times for a BBC Radio 2 Folk Award. Last year he was nominated as “Singer of the Year” at the 2017 BBC Radio 2 Folk Awards, he won the Spiral Earth Singer of the Year award in 2014, presented his own folk music show on BBC Radio Devon and in 2015 he worked with BBC TV historian Dr Sam Willis to create the music for his show ‘Highwaymen, Outlaws and Villains ‘and was asked to perform his song about Dartmoor tin mining ‘Pride of the Moor‘ on BBC TV’s Countryfile – Dartmoor Special.

“Neither Wit Nor Taste”: Translating Motherhood in the Post-Soviet World

Tables of Silver and Gold: Writing Baby Loss and Stillbirth