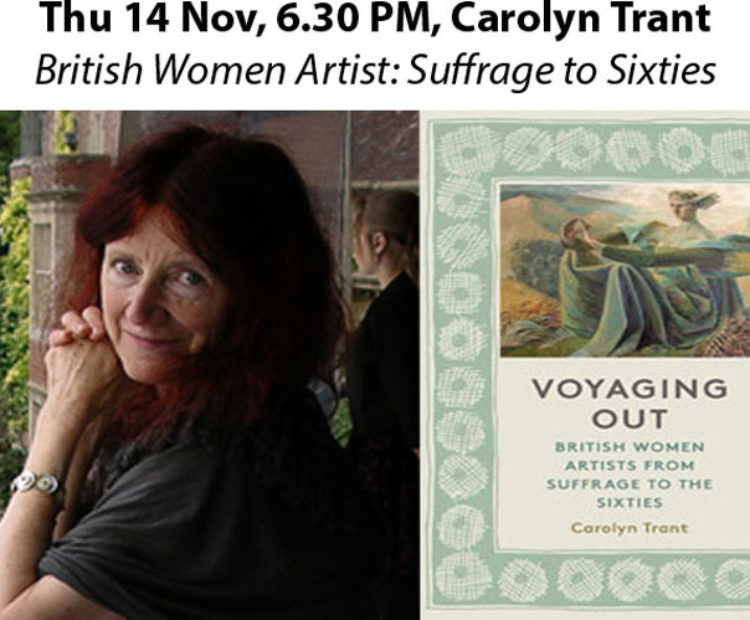 Consider for a moment the history of modern art in Britain; you may struggle to land on a narrative that features very many women. On this journey through a fascinating period of social change, artist Carolyn Trant fills in some of the gaps in traditional art histories. Introducing the lives and works of a rich network of neglected women artists, Voyaging Out sets these alongside such renowned presences as Barbara Hepworth, Laura Knight and Winifred Nicholson. In an era of radical activism and great social and political change, women forged new relationships with art and its institutions. Such change was not without its challenges, and with acerbic wit Trant delves into the gendered make-up of the ‘avant-garde’, and the tyranny of artistic ‘isms’.
Virginia Woolf’s first novel The Voyage Out (1915) has her female heroine strive towards a realization of her sense of self, asking what being a woman might mean. In the decades after women won the vote in Britain, the fortunes of women artists were shaped by war, domesticity, continued oppressions and spirited resistance. Some succeeded in forging creative careers; others were thwarted by the odds stacked against them. Weaving devastating individual stories with playful critique, Voyaging Out reveals this hidden history.

Carolyn Trant is an artist and writer who was trained at the Slade, University College London from 1969 to 1973. In addition to Voyaging Out she is the author of Art for Life: The Story of Peggy Angus and a contributor to The Cultural Life of Images.