Join us for the penultimate stop on Word Online via Bath Spa University library. This event will be a celebration of the spoken word compered by Professor Lucy English. Spoken word poets afshan d’souza-lodhi and Joshua Idehen will treat us to an individual set and will take part in a Q&A. afshan and Joshua will share the digital stage with Holly Moberley,  a student from Bath Spa University, who will read from her own work. This event is open to all!

This event will be live-streamed on Crowdcast, ‘save your seat here.

afshan d’souza-lodhi was born in Dubai and bred in Manchester. She is a writer of scripts and poetry and was recently commissioned to write and direct a short film for Channel 4 (An Act of Terror) and a radio play for BBC Sounds (Chop Chop). afshan is currently a Sky Writes writer-in-residence for Rotherham, a partnership between Sky Studios and New Writing North. She is also currently developing a TV series with Sky Studios. afshan has edited many anthologies and has an essay featured in Picador’s collection by Muslim women called Its Not About The Burqa. Her debut poetry collectionre:desire (Burning Eye Books) has been longlisted for the Jhalak Prize (2021). Her most recent play, Santi & Naz, described as “tender yet sharply political” by The Guardian, won the Vault Outstanding New Work Award in 2020.

As well as her own writing, afshan is keen to develop other younger and emerging artists and sits on the boards of Manchester Literature Festival and Pie Radio and is also a Young Trustee Ambassador for the North West. afshan also sits on the steering committee for Northern Police Monitoring Project, an independent campaigning and advocacy organisation that challenges police harassment and violence. 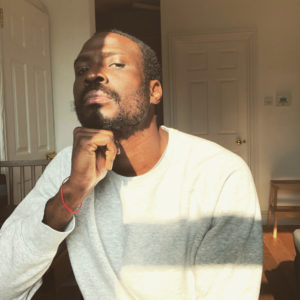 Joshua Idehen is a poet, teacher and musician. A British-born Nigerian, his poetry has been published alongside Linton Kwesi Johnson and Anthony Joseph and he has performed at festivals and respected venues across the UK and Europe. He collaborated with Mercury nominated artists The Comet Is Coming and Sons of Kemet and with dance pop band Benin City on ‘Last Night’, released in June 2018 by Moshi Moshi Music. He is working on his debut collection and several musical projects.