An Interview with Chris Tutton 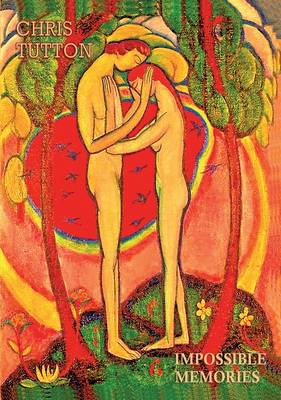 Poet Chris Tutton has published seven collections of verse and contributed to a number of anthologies. His latest title Impossible Memories "laconically revisits familiar themes of communication, vulnerability, language and truth, exploring the fertile, inventive relationship between love and imagination, the seductive perfection of romantic reverie and the indefatigability of disillusion" (Avalanche Books 2016).

Chris performs his poetry and leads workshops and masterclasses throughout the country. He has appeared several times on Loose Ends on BBC Radio 4, with one of his performances being included in a best of the year compilation programme, and on Shaun Keaveny’s Breakfast Show on BBC 6 Music. He has recorded a series of poems for Radio One – The Mark Radcliffe Show and has featured on Radio 5 Ruscoe on Five and Nationwide with John Inverdale (also with John Hegley, Adrian Mitchell and Roger McGough).

Chris has performed alongside Graham Norton, Sean Lock, Ed Byrne, Tom Baker, Hugh Cornwell (Stranglers) and many others, and has guested frequently on numerous regional BBC radio programmes (including performances with Spike Milligan and Helen Dunmore).

His TV appearances include features on Carlton Television as resident Poet on two series of Shift, which ran twice a week on all the ITV channels, plus The Warehouse and many performances on FYI – For Your Information, as the FYI poet on Carlton On Digital, as well as guest appearances on The Big Breakfast on Channel Four and on HTV and Channel One programmes. A clip of Chris in performance was shown to launch Carlton On Digital, the first terrestrial digital TV channel in the world.

Last Autumn an exhibition, ‘The Closing of Summer’ was held at Keighley Library. Professional and non-professional artist’s were invited to create artwork in response to Chris’ poems. A new similar and larger event with the addition of art installations and music will be held later this year at the newly refurbished Shipley Art Gallery.

Chris is also a musician and songwriter, who was once handed a large pile of CDs by a record company executive and asked to write songs for some of their well known recording artists, including the legendary US country singer, Crystal Gayle! 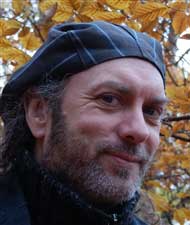 We caught up with Chris to discuss his latest collection Impossible Memories (published by Avalanche Books in 2016) and the importance of memory to his work.

Where did you get your inspiration for your latest title?

It came from an enduring interest in how the outcome of romantic or emotional events frequently replace the memories that we would so much rather have had. This sort of gravitates into something of a preoccupation with the way that we communicate our feelings for each other and how easily we can as individuals, for better or worse, become subsumed by the identity of a relationship. How we forge love and resentment from the subtleties and sledgehammers of verbal and non-verbal language, and how we typically negotiate and suffer the often lasting, ripening emotional consequences of even relatively innocuous misunderstandings.

What role/impact do you think ‘memory’ has on your writing – or on poetry more generally?

Memory has always exerted an enormous influence on my poetry. It’s an interesting question, but my instinct is to admit that I consider my work to be a profusion of memories panoramically animated by words, even though it’s often impossible to attest to the veracity of the content or context of what I remember, or think I do. It’s well known that Proust wrote that ‘remembrance of things past is not necessarily the remembrance of how things were’, but remembrance can be such a compelling invitation to immerse oneself so deliciously in the potential to invent scenarios unrestrained by emotional or factual authenticity; fragments of otherwise nebulous worlds become real, full and fascinating places to live in for a while. I’m sure this is very familiar ground for many poets. Of course, emotionally some memories are too impossibly difficult to enthusiastically return to, but even so, it can be helpful to ventilate them and try to contain a little of their toxicity in some kind of descriptive form. It can be cathartic to redirect the pain, sorrow or anger into some poor, unsuspecting poem or other, and hopefully acquire an interesting, new way of reading it. I have my own share of unsavoury souvenirs, but I prefer to think of memories as creatively beneficent.

How important do you find reciting poetry out loud is, and what do you think are the differences between writing poetry and reading it?

The act of reading aloud creates an obvious dialogue, not only with the audience, but with images and possibly altered personal perspectives. It’s the time when poetry gains an extra dimension, and the colours within it become even more interesting and revelatory.

For me, writing has a fundamentally confessional quality, even when no obviously autobiographical information is contained within a piece, the process almost invariably begins with the same emotions which feel simultaneously fragile and profound, and which perhaps on account of their intensity seem to transcend expression and need to be revealed more intimately.
Reading occupies a territory in which people are brought together through sharing, so I find it a pretty comprehensively different experience, and one which is frequently characterised by an audible admiration of the way that someone has turned a phrase, or, in a handful of words brought a beautiful or universal truth to life. I love that, such wonderful discovery – I find it incredibly uplifting.

What do you have coming up this year?

For the rest of the year I’ll be pretty busy performing and workshopping around the country. I’ll be back at the Off the Shelf Festival in Sheffield in October and am really looking forward to the exhibition in Shipley. Another thing I’m really looking forward to is recording a cd of some of my poetry with the amazing harpist, Julie Darling in the autumn. Julie’s wonderful; we played an improvised set at the exhibition opening last year in Keighley, which was so successful that the idea pretty much suggested itself. We’ll be doing some live performances together, too.

Find out more about Chris at his website www.christutton.co.uk