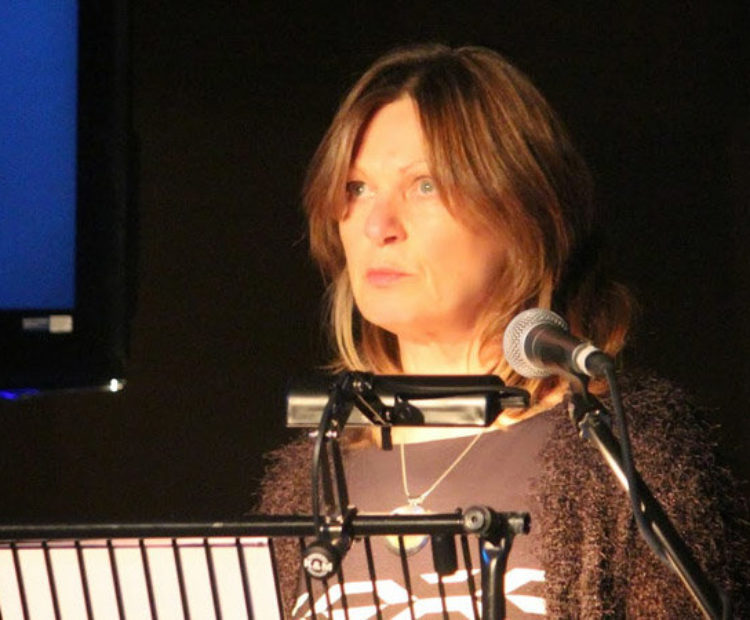 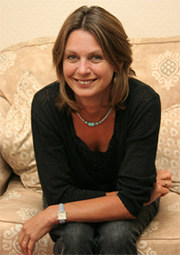 Maggie Sawkins won the Ted Hughes Award for New Work in Poetry for her live literature production, Zones of Avoidance, directed by Mark Hewitt. Maggie teaches Writing for Well Being classes for the WEA, and is also employed by Portsmouth City Council as an essay tutor on their Working with Addictions and Recovery Course. She is the founder member and organiser of the popular Tongues&Grooves Poetry and Music Club. In 2013 she was chosen to represent Portsmouth on the T S Eliot Poetry Prize Tour. Her poetry collections include Charcot’s Pet (Flarestack) and The Zig Zag Woman (Two Ravens Press). A new collection, which includes poems from Zones of Avoidance, is to be published by Cinnamon Press in spring 2015.

Zones of Avoidance won the Ted Hughes Award for New Work in Poetry. Literature Works caught up with Maggie to ask her about the prize and her work in general.

Congratulations on this win! How do you think prizes and awards benefit writers?

It’s wonderful to discover that what you’ve been working on quietly has made something happen. Winning a prize or award can certainly open up opportunities. There was a flurry of interest on Twitter and Facebook at the time, and people at home in Portsmouth were genuinely delighted to be associated with the Ted Hughes Award.

So far opportunities have arisen to perform at literary festivals – which is great. I would never have believed, for example, that one day I’d be on the same bill as Brian Patten, who was an inspiration when I was getting into poetry at fifteen. A substantial cash prize also helps – especially if you’re thinking about giving up the day job. My main wish now is to raise the work’s profile and make more people aware of its existence. Hopefully, winning this Award (and being asked to do interviews like this one) will help this happen.

This live literature production deals with addiction; what inspired you to use this as a starting point for your work?

My daughter’s been addicted to heroin for 20 years and always lived nearby, so it’s been difficult not to get caught up in the chaos. If you’re affected by someone in addiction there seem to be only two options: one, the most natural, is to jump in and rescue; the other is to cut yourself off, to demonise the person you love.

After joining a support group offering opportunities to work alongside ex-addicts, I realised that the arena of addiction provides a rich source of material for a writer. I became fascinated, in particular, with Karpman’s concept of The Drama Triangle, and the roles played by those trapped within it: the persecutor, victim and rescuer.

The Zone of Avoidance is the name astronomers give to the area of the night sky that’s obscured by the Milky Way. I was led to it by my original idea of writing a sequence about ‘walls’, which seemed a useful metaphor for being detached from one’s emotions. The largest known structure in the universe, I discovered, is intriguingly called ‘The Coma Wall’.

Can you tell us about the process of creating a live literature show? How do you bring the elements together?

Live literature is a relatively new art form. I met playwright and director, Mark Hewitt, when he came to Tongues&Grooves with Bernadette Cremin who performed extracts from her production, Altered Egos, which he’d recently directed. This led to a discussion about my own material that I thought would work as a production. Mark could see that it would be a substantial work, so the next stage was to apply for Arts Council funding.

The intention was to make the main body of literary material (the poem sequence) stand out as the spine of the production, complemented by video poems, prose passages, musical transitions and recorded voices of recovering addicts gathered at workshop sessions.

By the time of the first rehearsal much of the poem sequence had been written. For possible inclusion were other new poems related to the theme, prose pieces developed from diary entries, unsent letters, and twelve hours of unedited recorded testimonials.

We worked with a professional film artist to transform seven poems into films, and a professional musician to compose and perform incidental music on pedal steel guitar – chosen for both its plaintive quality and for its capacity to create a sense of bathos.

Deciding on which pieces of the recorded conversations to include proved to be more difficult than anticipated. Ideally we would have involved workshop participants in the editing process, but we were conscious of time constraints and the need to pass material on to the sound designer.

Working on a live literature production also involved acquiring new skills including learning poems and monologues by heart – and acting!

What are you working on at the moment and how’s it going?

I’m writing new poems and waiting to see what emerges. A theme that I’m keen to pursue is a meditation on fear, inspired by Kafka’s unsent letter to his father which begins: ‘You asked me recently why I claim to be afraid of you.’

Where can people go to find out more about the piece?