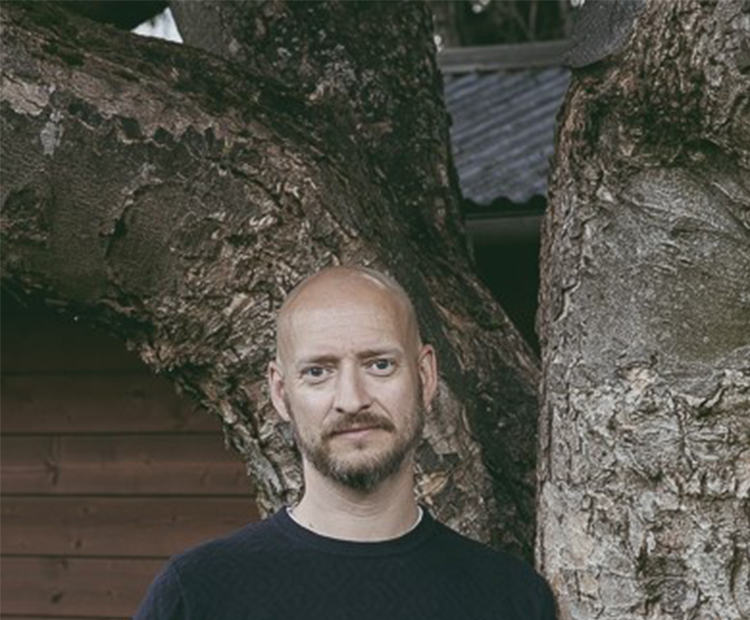 So it may not quite be the heatwave summer we were all hoping for, but whilst the weather remains balmy we're always looking for ways to keep cool. We think this Noir reading list curated and recommended by our British Council sponsored Quay Words international writer-in-residence Johann Thorsson is just the ticket...

We know that Noir can always be relied upon to provide complex and interesting – at times morally ambiguous – characters and scenarios and atmospheres which are both chilling and compulsive.

We recently hosted Icelandic writer Johann Thorsson at Exeter Custom House as part of Quay Words 2019 thanks to funding from the British Council. During his time on the Quayside, Johann gave a public talk which discussed his inspiration and motivation for writing Icelandic Noir. Here are Johann’s thoughts on five of his top Noir picks:

Silence of the Grave, Arnaldur Indriðason
This is my favourite of Arnaldur’s books. A skeleton is found as the foundation for a new house is being dug. Detective Erlendur takes on the case and soon suspects the skeleton may be connected to a row of cherry trees near the construction work (cherry trees being very rare in Iceland). We hear the story of the people who lived in a cabin near the trees around the time of the second world war, a family living in poverty under the thumb of an abusive father.

Winter’s Bone, Daniel Woodrell
This is one of my favorite books. Sixteen year old Bree Dolly’s father has jumped bail on his family and is missing, leaving Bree to take care of her younger siblings and their mentally ill mother. Bree has to find her father and get him to appear in court or the police will seize their home as payment for the bond, that, or find proof that he is dead. Bree goes through the seedy meth and opium riddled poor society in the U.S. Ozarks to find him. The prose is beautiful, Bree is an amazing character and the story is excellent. Daniel Woodrell writes great books, I recommend reading everything he’s written.

The Silence of the Lambs, Thomas Harris
This is the best thriller ever written (avoid anything that comes after this, however). FBI trainee Clarice Starling is tasked with interviewing serial killer and psychiatrist Hannibal Lecter. The point is to get him to help them track down another serial killer, Buffalo Bill. I’m sure you’ve seen the movie, and the book is just as good, though it offers quite a bit more insight into Lecter.

FINCH, Jeff VanderMeer
This is added as a bonus. It is one of my favourite books but is perhaps a little too odd for most people. The titular character, Finch, is a detective in the city of Ambergris which is under the control of the gray caps, a race of mushroom-like humanoids. The city is infested with fungus, whole buildings have been consumed and a number of humans are sick. Finch gets tasked with solving the case of two bodies found in an abandoned apartment, seemingly from falling from a great height. The case quickly turns out to involve a rebellion of humans against the gray caps, something that Finch tries to hide from his gray-cap superior while still giving him enough to let him continue pursuing the case.

In the Woods, Tana French
The plot of the novel circles around the murder of a twelve-year-old girl, Katy Devlin, whose case Dublin Homicide Detectives Rob and his partner Cassie Maddox are assigned to investigate. The body is found in the same woods where Rob and his friends disappeared twenty years before (only Rob was found and has amnesia to this day). The body was found at an archaeological dig site; and the coincidence is enough to make Rob nervous, though he insists to his partner that he is fine.