No Filter: An Interview with Orlagh Collins

Home Features No Filter: An Interview with Orlagh Collins 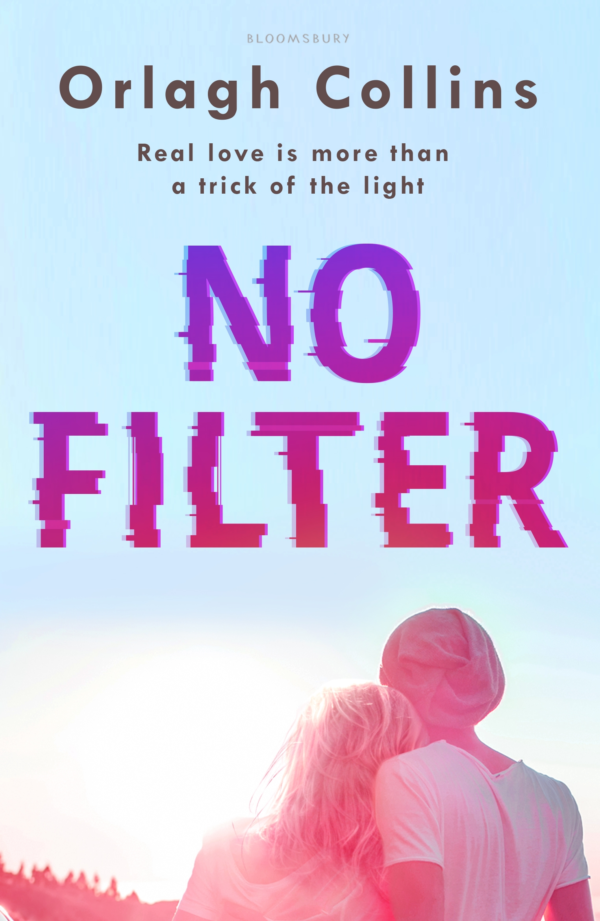 We're wishing a very happy Book Birthday to Orlagh Collins, whose debut Young Adult novel No Filter is published today. We celebrated by reviewing the novel and catching up with South West based Orlagh to chat about the book.

What are the staples of summer that teenagers crave as they head into their last month of school before the vacation? Long days on the beach? No worries and no filter on the glorious days of the season?

Emerald, the protagonist of this young adult debut by Orlagh Collins expects all of the above. She’s popular, beautiful and beloved of her friends and family. A self-confessed social media addict, her biggest worry is winning one of the ‘who wore it better’ Instagram ‘photo-offs’ her friends like to post… or is it?

Life for Emerald couldn’t be better – she’s reached the end of her school term and she’s looking forward to a summer of parties of spending time with her friends and getting to know the boy she likes, until she gets home to discover her mother has done something terrible…

Suddenly the veneer on Emerald’s perfect life begins to slip and everything she thought she knew is brought into question. In the space of a day, Emerald is forced to grow up all too quickly and in an effort to protect her, her father whisks her away to her grandmother’s house in Ireland.

Gone is the prospect of her perfectly Instagrammable summer and instead, she is faced with a summer of little more than the daunting prospect of no wifi signal… until she meets Liam.

No Filter is a perfect summer read, bringing to life the teenage experience with biting honesty and well timed humour as well as featuring a refreshing take on the teenage romance which young adult readers will undoubtedly enjoy. The novel though, makes some striking comments about our social culture which elevates it from poolside reading to a poignant and timely exploration of our fascination with social media and the pursuit of ‘perfection’ in today’s culture.

As Emerald learns some difficult life lessons – about her friends, her family and indeed herself, the reader begins to recognise that everything she thought she knew and cared about has been a façade barely covering issues which no teenager should have to deal with.
As her somewhat reluctant friendship with Liam burgeons into a budding romance and she becomes more comfortable divulging her greatest hopes and deepest fears, the reader is taken along on her journey of self-discovery as she realises that in real life, there are no filters…

A thoroughly recommended read, No Filter is out now published by Bloomsbury Children’s. 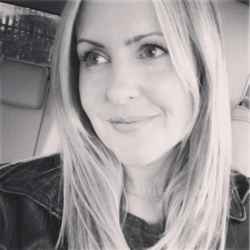 We caught up with Orlagh to talk about the importance of place in her novel and what constitutes the perfect summer...

No Filter, your debut novel for young adults in set in two locations, Bath in the South West and Ireland. Can you comment on the role of place in the novel? What was it about these two locations that were important to this story?

A clear sense of place was hugely important to me and I had to write what I knew, so, as an Irish person living in Somerset for several years, a marriage of the two just felt right. Distance is a key part of what helps Emerald gain objectivity and see her life for what it is, with clarity, so I knew she’d have to leave it at some point. I grew up by the sea in very similar village to the one she finds herself in in Dublin. As a debut writer I need that crutch of familiarity to write confidently. The lush rural Somerset landscapes and the beautiful imposing buildings she is surrounded with in Bath are a direct contrast to the suburban seaside setting where her grandma lives and this opposition is important. In Dublin Emerald spends much of her time at sea, in every sense; either looking out at it or sat on an island in the middle of it. It’s that endless horizon and this sense of limitless possibility that was key creatively.

Emerald, the female protagonist is popular and has, in the eyes of many, the perfect life, but it does not take the reader long to realise that she is far more complex and all is not as it seems. There is a real sense of the lives we choose to present to the world and the lives we actually lead and the tug-of-war that can sometimes occur between the two. Reading this novel certainly made me more aware of the need to disconnect from the online world and explore the real one more. Why did you choose to explore self-discovery in this way and how did you hope the novel would inspire young readers?

Your observation about the tug-of-war is so astute and I’m pleased it struck you as it did. As teenagers we’re constantly forging our identity and it’s exactly this duality of online self versus real self that Emerald struggles with. At the opening she appears to be quite superficial and preoccupied, whereas actually she’s insecure and afraid because her self-esteem is so fragile. In one sense there is a great freedom and opportunity within social media to construct the identity that we want, but this can sometimes lead to a gulf of expectation as we are consumed with presenting glossier, more ‘filtered’ versions of ourselves to the world.

Emerald finds herself in Dublin, dealing with some sizeable family issues and cut off from her friends. Rather than keeping her connected to them, she finds that the constant social media updates just compound her feelings of isolation. There is a particular augmented loneliness that can accompany social media. Ironically what feels like constant connection with home actually serves to make her feel even more left out. Quite early into the story, Emerald has the epiphany that Instagram is making her miserable, and terrifying as it is, she decides to disengage with her online world. It’s then she gains the objectivity to really see the murky distance that separates her online identity with her true self. All of this said, social media is a contemporary currency, which we can’t and shouldn’t necessarily avoid. It’s about balance. Emerald needed a break to discover who she really is and to build a more robust sense of herself. I like to think she’ll make better choices going forward.

I can imagine No Filter occupying many a beach-bag this summer. It did not take me long to cross the Irish sea and become lost in the story of Emerald and Liam as they discover themselves and each other, but there are also some thought provoking and challenging issues in these pages. How did you achieve the balance between summer romance and ‘real life’ drama and to what extent do you feel Emerald’s obsession with social media and the idea of perfection is mirrored in and influenced by what we learn about her mother and father?

Self-discovery is as thematically important as the romance. Summer is the ideal window for transformation and for Emerald it was a chance meeting, away from her usual life, that spun her world in a whole new direction. Despite its seeming privilege Emerald’s life is not easy. She’s been living with an active alcoholic and a largely absent father. Like a lot of children of alcoholics she’s a perfectionist, which I believe makes her particularly vulnerable to what can be the crushingly insular element of social media.

Really there’s a confluence of issues that threaten to overwhelm her, but her mother’s experience at rehab and the implosion of her father’s business are all about truth coming to the fore. This truth is mirrored in Emerald’s own experience. The healing effects of recovery ripple beyond the addict and this contagion of honesty is a wonderful thing.

Do you feel that your work in film has had any particular influence on the novel – what made you decide that now was the time to write your debut?

Without a doubt it effects how I write. I think in scenes and acts. I can’t remove that filmic scaffold. It’s stamped behind my eyes.

I always thought if I was to write anything at all it would be a screenplay. I was so daunted and intimidated by the technicality of screenwriting that I couldn’t start. When I eventually started to write prose I was overjoyed by how much it flowed and how much I loved it.

As a writer who lives in the South West, could you describe a typical writing day for us?

We’re lucky to live in the gorgeous Somerset countryside. I spend a lot of time driving on the school run (it’s a long one!) but I’m inspired by what surrounds me here and I relish my thinking time out and about. I don’t have to deal with traffic so when I do get stuck on the roads, it’s usually a tractor or children on horses, so a high-class problem really. I feel particularly connected with the seasons here in Somerset, much more so than in London or Dublin. I cherish this. I’m not sure I have a typical day. Usually I’m juggling other work alongside my writing and I feel immense gratitude when I can have a clear run at my desk to crack on with it. I’ll admit to being quite disciplined and will scrabble time wherever I can get it. Constants of everyday are the school run, a dog walk and at least two strong coffees!

Do you have any advice for new writers in the young adult genre, trying to get their novel published?

Like Emerald, I’m a perfectionist. To some this can sounds like a cute affliction but really it’s an awful prison. It almost stopped me writing so I had to work on this. Once I fully understood and accepted that nothing is instantly good it got easier. Unless you’re really lucky, your first efforts at anything won’t be brilliant, but that’s OK. Keep going. Staying true to what you’re trying to say as an authentic voice is what make’s YA so wonderful. There’s something unapologetically straightforward to the writing too. Although precise and beautiful, is not burdened by literary expectation. It’s not too busy trying to impress. Author and reader feel uniquely close. There’s a tremendous freedom in all of this so take it and have fun with it.

Sit in the chair, and stay there!