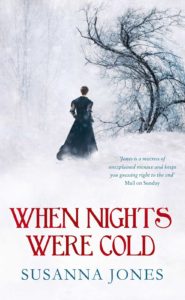 Of all the book events I do as a writer, working with reader groups is by far my favourite. Everyone present has read the book so the questions are more interesting than at literary festival talks and readings. The setting is intimate enough for me to get to know people a bit. I always come away having learned something myself. I suppose the main tips would be to show up on time, be honest, open, friendly and ready to be challenged but, to consider these in a bit more detail:

1. Every reader group has its own habits and rituals. Having an author present makes things a bit different, of course, but I would encourage the group to run things the way they usually do so that the atmosphere is relaxed and natural. It’s a book group not a talk or a formal Q&A.

2. Find out a bit about them. What other books have they read this year? Which were the most and least popular? By way of introduction, each person might tell you her or his favourite book. It’s an ice-breaker and provides helpful background information for you.

3. I like to let the group lead, at least to start with. Some groups begin by expressing, one by one, what each thought of the book and then go into the general discussion. If you jump in too soon you risk inhibiting the conversation.

4. Despite the above, if I think a comment is worthy of further discussion or needs breaking down, I will come back to it. Most groups are happy to be challenged. If someone talks, for example, about the likeability’ of a character, I’d want to know what she or he means by that.

5. You may have a mediator, eg a librarian or literature officer. If so, make the most of him/her. You can bounce ideas off each other if a group is shy or if the discussion needs a bit of shaping.

6. Some groups will get straight into discussion, debate among themselves and hardly let you get a word in (which I love) but others may need prodding. If you don’t have a mediator to help, you might want to have a few questions ready. This can feel odd since it’s your own book you’re asking about but it’s an opportunity to get honest answers from a group of people who have read your work closely. Make the most of it.

7. Welcome all opinions (or appear to). Occasionally a comment will sting but the group is pleased to have you there. They don’t want to upset you. If you appear defensive, they’ll moderate their comments and the discussion won’t be as interesting.

8. Having said that, if a question seems intrusive or strays into the squeamish zone, just smile and bat it off.

9. Writers can tie themselves in knots trying to answer questions that aren’t easily answered: What does the title mean? Why does so-andso do this? Or they’re irritated by the apparent need for explanation. I don’t think the questioner necessarily expects a neat answer. They’ve just picked up on something they’d like to hear a bit more about.

10. There may be one person who monopolises the discussion and annoys everyone else. Groups who know each other well are usually quite good at self-policing. Throw questions out to the whole group if necessary. Use body language and eye contact to show that you’re interested in everyone and not just this person.

11. Recently I talked to a group about my first novel, published twelve years ago, and it was only during the discussion that I realised how much of the book I had forgotten. I wished I’d gone back and had another look at it beforehand.

12. If there’s more than one edition of your book, you could bring the other jackets along to show the group. Everyone has opinions on cover design and it’s a great way into discussion of the book.

13. Be prepared to stay around for a bit at the end, and not just to sign books. There’s always someone who was too shy to ask a question in front of the group but really wants to ask it. See it as part of the session.

14. Perhaps have some bookmarks to give out with your website or social media details included. A book group may be a small audience but it can be a very loyal one.

15. For once you don’t have to keep saying, ‘Without giving away the ending…’. Too bad if someone hasn’t finished it yet; they’re all supposed to have read it. You can give away the ending. Enjoy it.

Susanna Jones grew up in Yorkshire and studied drama at London University. Her work has been translated into over twenty languages and has won the CWA John Creasey Dagger, a Betty Trask Award and the John Llewellyn Rhys Prize. Her most recent novel, When Nights Were Cold was selected for Fiction Uncovered 2012.

She teaches on the Creative Writing MA at Royal Holloway University of London and lives in Brighton.