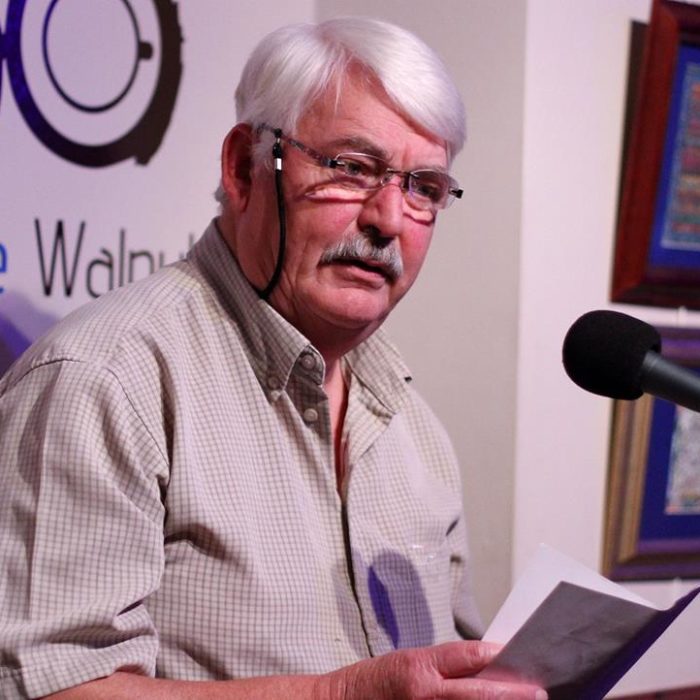 Graham Burchell was born in Canterbury in 1950 and currently lives in South Devon. From 1976 to 2003 he worked as a teacher in Wales, England, Zambia, Saudi Arabia, Tenerife, Mexico, France and Chile. He then lived in Houston, Texas before returning to Devon in 2007. He has an M.A. in Creative Writing from Bath Spa University. His collection Vermeer’s Corner was published in the United States in 2008 with three other collections following in 2012 and 2015, His last collection Cottage Pi was one of the winners of the inaugural Sentinel poetry book competition. Published in 2020 is his fifth collection, ‘Two Girls and a Beehive,’ a collaboration with poet Rosie Jackson on the life and work of artist Stanley Spencer and his wife Hilda Carline.

He was the 2012 Canterbury Festival Poet of the Year, a 2013 Hawthornden Fellow, winner of the 2015 National Stanza competition, runner up in the BBC Proms Poetry Competition 2016 and third prize winner in the 2017 Bridport Prize. His Bridport Prize poem ‘Resurrection’ was also highly commended in the best single poem category of the 2018 Forward Prizes.

Two Girls and a Beehive - 2020 - Published by Two Rivers Press