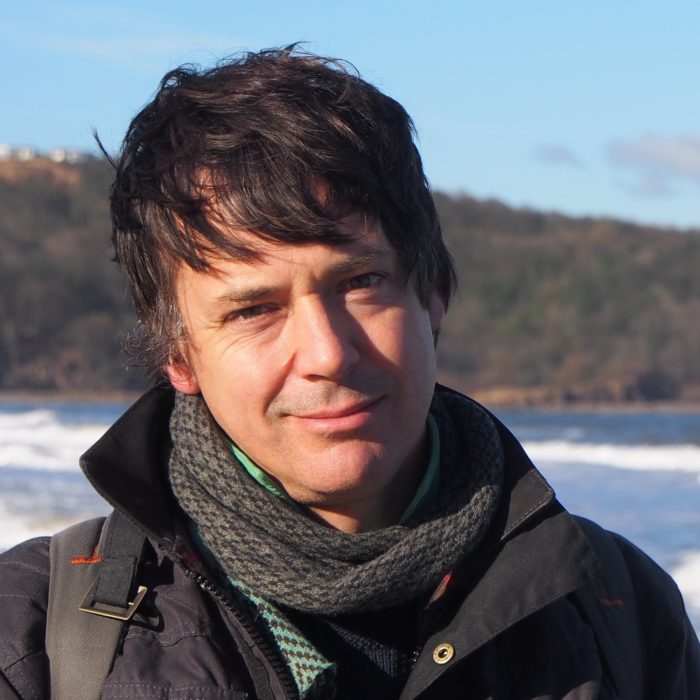 John Wedgwood Clarke is a poet and prose non-fiction writer. He grew up in St Ives, Cornwall, and until recently lived in Scarborough, Yorkshire. He now lives in Devon and lectures in Creative Writing at the University of Exeter. His first collection Ghost Pot was described by Bernard O’Donoghue as ‘a masterpiece that rewards continual rereading’. His second collection Landfill explores the afterlives of rubbish, rubbish feelings and the rich ecology of both the landfill site and the sea. His work engages with ecological damage and traces it into the heart of our lives. Clarke’s poetry is often made for collaborative projects with scientists and other artists, and originally displayed in art galleries, museums and in the landscape. In 2011 he co-directed the Cultural Olympiad Project Sea Swim exploring the relationship between creativity and sea bathing, and published a pamphlet of poems about swimming.

His work as a television presenter for the BBC includes The Books that Made Britain (BBC4 2016) and Through the Lens of Larkin ( BBC4 2017). He was interviewed on BBC R4 Today Programme about his most recent collection Landfill (2017).