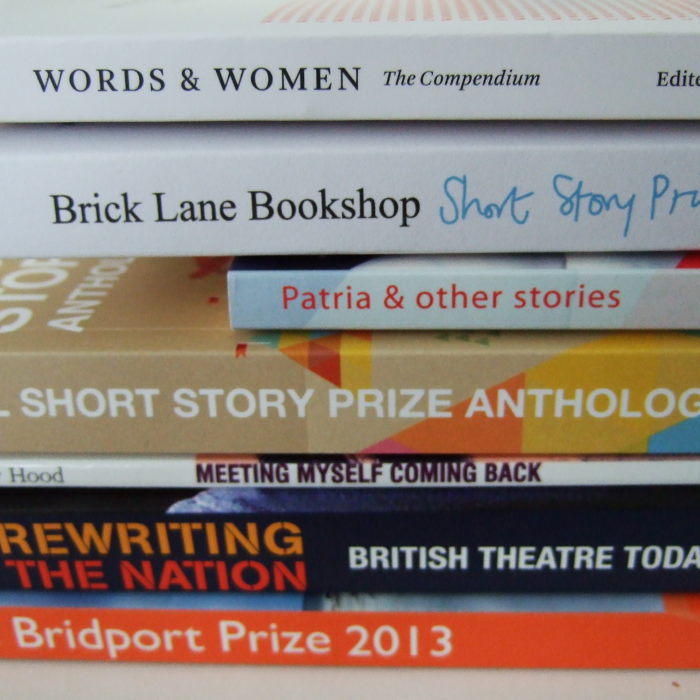 I won third prize at the 2019 Costa Short Story Awards. Most recently I was longlisted for the BBC National Short Story Award as well as the Commonwealth Award. I’ve been Highly Commended twice for the Manchester Fiction Prize and was runner-up in the Bridport Prize for which I’ve been shortlisted six times. Other successes include winning the Words&Women Award, Cinnamon Press Award, Ink Tears Award and Frome Short Story Prize. My work is published by The Bristol Prize, The Bridport Prize, Cinnamon Press, Words & Women Compendium and Brick Lane Short Story Prize Anthology. Two stories were broadcast on BBC Radio4.

As a writer for theatre my ten plays include Meeting Myself Coming Back at Soho Theatre (British Theatre Guide Highlight of the Year, Sunday Times Critics’ Choice) and Caution!Trousers, commissioned by Alan Ayckbourn. I’ve received ACE awards, with residencies at National Theatre, Traverse and RADA. I live in Devon where I’m writing a collection of short stories and a novel.

‘Imagine one of Beckett’s no-hopers clambering out of her sack, dustbin or urn and letting language gamely rip.’ The Times.

‘The Sunbathers stands out immediately as ambitious and distinctive, expanding the possibilities of the short-story form. It takes a virtuoso approach to narrative perspective, expertly sustaining complex craft techniques, and its layers of symbolism make this a story that rewards revisiting time and again.’ Judges for Words&Women Prize (Emily Midorikawa/Emma Claire Sweeney )