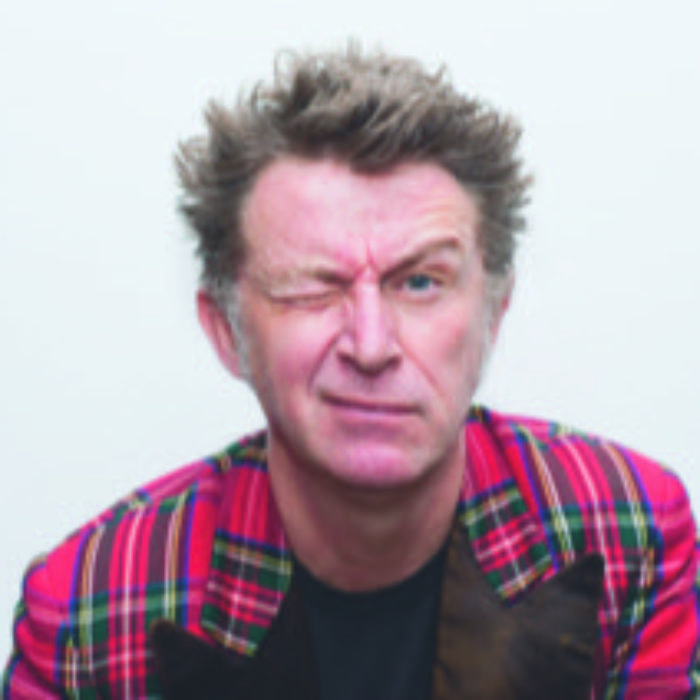 Two series of his sitcom “Elvis McGonagall Takes A Look On The Bright Side” have been broadcast on BBC Radio 4 where he appears regularly as well as popping up occasionally on the television. Elvis is the 2006 World Slam Champion, the compere of the Blue Suede Sporran Club and performs at literary and music festivals, comedy clubs, pubs and dodgy dives up and down the country and abroad.

He also performs with his band The Resurrectors “an unholy marriage of radical stand-up poetry and Caledonian punkyabilly blues”. The band’s debut album “Gie It Laldy!” has just been released on Bar-Ox Records. In 2015 Elvis made the “Hot 100” – The List magazine’s annual run-down of Scotland’s “hottest cultural contributors”. Probably thanks to his tartan jacket. Deftly witty and subversive but not afraid to be plain daft, Elvis has been spitting his scurrilous diatribes against the powers that be since 2003. And look at the state of the world now. So that’s 16 years of futile ranting. Elvis McGonagall has suffered for his poetry. Now it’s your turn.